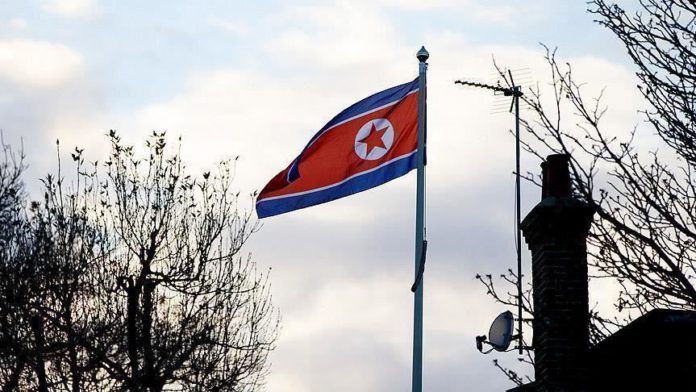 North Korea on Friday said the South is responsible for the death of a fisheries official last month who was shot dead by the former’s military while allegedly fleeing the South.

“Explicitly speaking, the recent inglorious incident in the waters of the West Sea of Korea was the result of improper control of the citizen by the South side in the sensitive hotspot area at a time when there are tension and danger due to the vicious virus sweeping the whole of South Korea,” state-run Korean Central News Agency reported.

“The blame for the incident first rests with the South side. This is our invariable stand,” the Pyongyang-based news agency added.

“Had the South [Korean] side made an advance notification to us that its citizen was coming to our waters?” the North asked.

Pyongyang said it tried “best to retrieve the dead body from the waters of the West Sea and return it to his family, but to no avail, to our regret.”

Seoul said the slain official was affiliated with South Korea’s Oceans and Fisheries Ministry, and went missing from a boat in waters off the western border island of Yeonpyeong.

Pyongyang said it did not know “out of what intention the South Korean citizen illegally intruded into the waters under the control of our side and that person did not immediately respond to our interception.”

“Therefore, it is certain how our soldier on his routine duty could have reacted, which is clear even to the South side.”

It, however, criticized Seoul saying South Korea’s “unsavory acts of insulting our good faith and aiming at maximizing distrust and confrontation between the fellow countrymen have become so worse as to go beyond the tolerant limit and to arouse the concerns and resentment of our army and people.”

Slamming anti-Pyongyang forces in the South for their “rhetoric of atrocity and human rights abuses,” Pyongyang said: “The conservative forces allegedly valuing ‘human rights’ with great concern kept mum about the recent horrible death of its own citizen by a US armored vehicle, and also about the opening of indiscriminate machine gun fire into another citizen of its side when he was swimming across a river in the area along the Military Demarcation Line to enter the DPRK that killed him. Does it have face to talk about someone’s ‘human rights’?”

The DPRK or Democratic Peoples Republic of Korea is official name of North Korea.