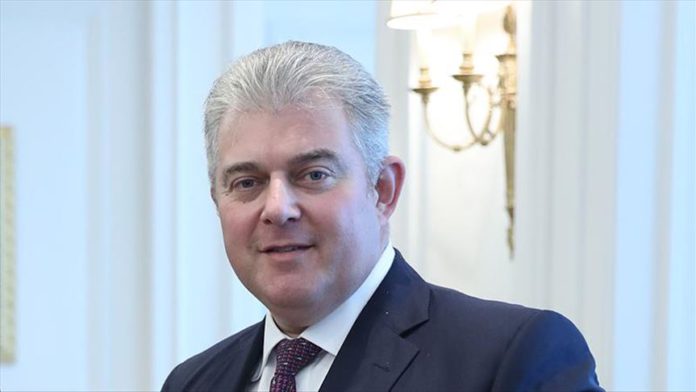 At least nine individuals linked with terrorist group the New IRA have been arrested in Northern Ireland in an extended operation.

“Thanks to the work of Police Service NI and partners, yesterday 9 people believed to be associated with the New IRA were arrested under the Terrorism Act,” Brandon Lewis, UK’s Secretary of State for Northern Ireland tweeted.

“This was a significant operation and represents a positive step towards maintaining lasting peace in Northern Ireland,” he wrote.

Lewis said “violent dissident republicans cause substantial harm to communities and the fabric of society.”

Describing the arrests “a welcome step” in maintaining peace in Northern Ireland, he said collective work needs to continue to “protect the public from the harm presented by such violent groups.”

“Officers from the Police Service of Northern Ireland have made a number of arrests under the Terrorism Act across,” local police said in a press release on the arrests. “Northern Ireland today in connection with an ongoing investigation into the activities of the New IRA.”

A similar operation has also been conducted in Ireland as police searched various addresses.

The individuals are believed to be high-ranking members of the New IRA, a splinter dissident republican group responsible of the murder of journalist Lyra McKee and a car bomb incident targeting a courthouse in Londonderry last year.

The Troubles, an era of conflict between the British government and pro-British paramilitaries on one side and Irish Republicans and nationalists on the other, ended in 1998. The Belfast Agreement put an end to decades of armed struggle in the divided UK region of Northern Ireland.

The UK and the Republic of Ireland signed the deal, brokered by the US and eight political parties in Northern Ireland, on April 10, 1998.

The deal, dubbed as the Good Friday Agreement, largely saw the end of the Troubles-era violence, in which 3,500 people lost their lives.

However, splinter IRA groups are still active in the region, which oppose the political settlement. The New IRA is referred as the biggest and the most dangerous among them.