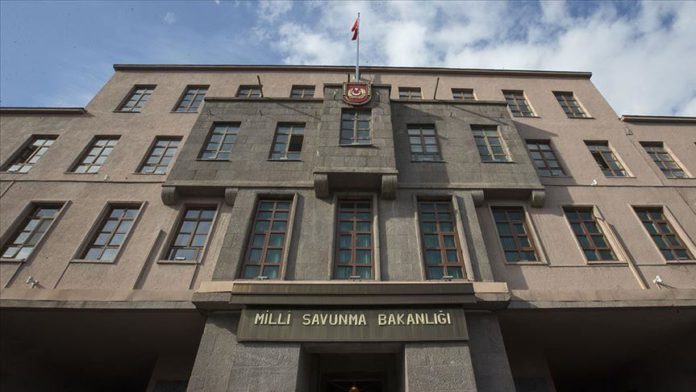 The Turkish army seized a large amount of ammunition as part of a fresh anti-terror operation in northern Iraq, said the Turkish National Defense Ministry on Sunday.

The ministry said that during the search and sweep efforts in the shelters of the PKK terrorists as part of the Operation Claw-Tiger, the Turkish commandos captured an RPG-7 rocket launcher, its ammunition, 13 propelling cartridges, three hand grenades, 200 anti-aircraft ammunition, an improvised explosive device (IED) and materials used in making of IEDs.

The weapons and shelters used by the terror group were destroyed, the ministry added.

It noted that the operation against terror targets in northern Iraq is successfully ongoing.

Turkey’s Operations Claw-Tiger and Claw-Eagle were launched earlier this week to ensure the safety of the Turkish people and borders by neutralizing the threat of the PKK and other terrorist groups in the region.