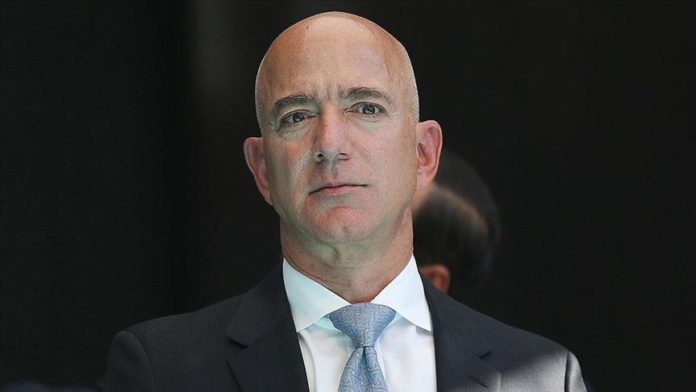 The spacecraft company founded by billionaire Jeff Bezos announced Saturday that an unnamed person won an auction to join the Amazon founder on the company’s maiden flight into space.

The company, Blue Origin, said the winner ponied up $28 million in a successful bid, but the person’s identity will not be announced for a couple of weeks.

Bidding for the chance to take a brief ride into space began about a month ago, and the company said more than 7,500 people from more than 150 countries registered. But the bidding war skyrocketed when Bezos announced Monday that he would be on board, along with his younger brother, Mark. By the weekend, the company said the highest bids were coming from about 20 people.

The company said the winning amount will be donated to Blue Origin’s Club for the Future, which promotes tech and science studies among young people.

The space capsule, New Shepard, will blast off from West Texas on July 20, for an inaugural trip to space that might only last a few minutes. The date is the anniversary of when Americans Neil Armstrong and Buzz Aldrin became the first humans to walk on the moon in 1969.

Blue Origin said a fourth as-yet-unnamed person will also make the trip. New Shepard seats a crew of six, according to the company, and has big windows for prime space viewing.

Bezos seems to be in a space race with fellow billionaire Elon Musk, who founded his company, SpaceX in 2002. Musk said his goal was to someday colonize Mars. “I can’t think of anything more exciting than going out there and being among the stars,” he said.

As for Bezos, his goal with Blue Origin appears to be more recreational, with rides available to the public. The company has not yet announced when it will start selling tickets or how much rides might cost.