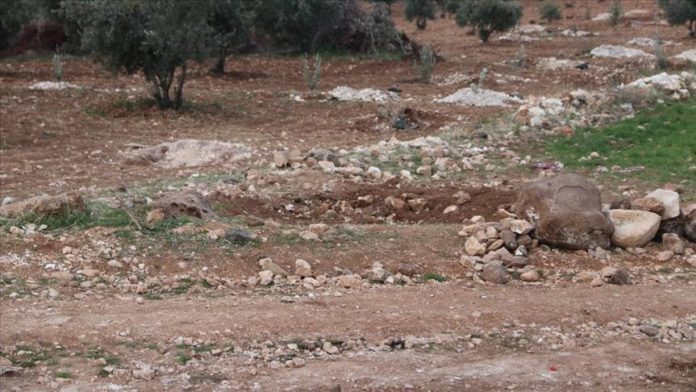 A mysterious monolith, or metal slab, that recently popped up in southeastern Turkey’s Sanliurfa province has now disappeared.

The 3-meter-tall (9.8 foot) metal pillar was found on Feb. 5 in the middle of an empty field in Gobeklitepe, home to the world’s oldest temple site. Locals on Tuesday noticed it was not there anymore.

The block was carved with words in Gokturk, the Old Turkic script, which means, “Look at the sky if you want to see the moon.”

When first appeared at the historic site, many citizens visited the site to see the metal pillar, residents of the neighborhood said they are afraid, and expect the officials to find more about it.

It is still not known who installed, and then removed the monolith.