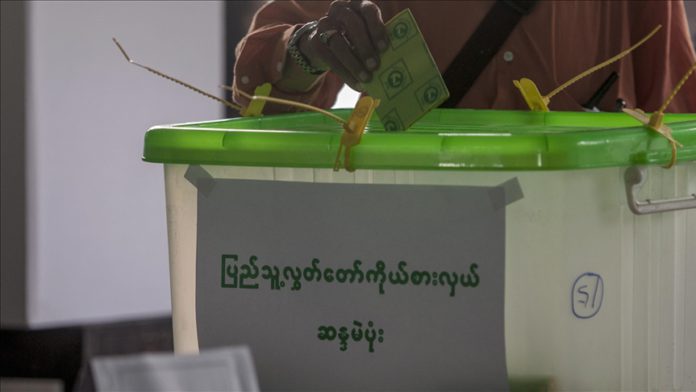 The announcement was made by U Thein Soe, the head of the Union Election Commission, after he met at least 53 political parties in the capital Naypyitaw, according to The Irrawaddy news outlet.

The military claimed it launched the coup due to “election fraud,” resulting in the NLD’s dominance.

Shortly after the Feb. 1 coup, the junta declared martial law imposing a nightly curfew and a ban on gatherings of five or more people.

However, the junta has failed to quell popular protests by the people and a civil disobedience campaign initiated by government officials against military rule.