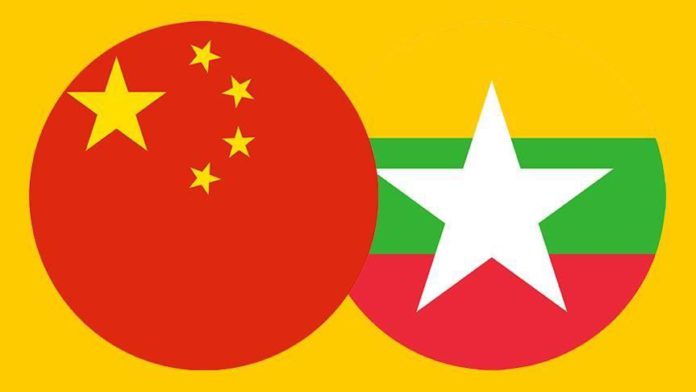 The apparent inability of the sides to reach an accord was mostly due to the absence of a major alliance of seven powerful rebel groups based along the Southeast Asian country’s northern and northeastern border with China. These groups refused to join the Union Peace Conference, the most recent peace talks under the current government led by Aung San Suu Kyi.

A Myanmar deputy government minister accused China of interfering with the country’s peace efforts by controlling the rebel alliance, the Federal Political Negotiation and Consultative Committee (FPNCC), which includes the two largest and strongest rebel groups.

“They joined the previous conferences, but refused to join it this time, citing COVID-19. This is clearly because of China’s intervention,” said the deputy minister on condition of anonymity due to the sensitivity of the issue.

“China is playing Myanmar with its influence over rebel groups such as the UWSA,” he said, referring to United Wa State Army, the country’s largest ethnic armed group based on the Myanmar-China border.

Myanmar is also increasingly reliant on diplomatic support from China as it is once again facing international isolation following the military’s brutal 2017 crackdown that forced more than 700,000 Rohingya Muslims in the western Rakhine state to flee across the border to Bangladesh.

“Like it or not, China has all bargaining chips to play Myanmar,” said the official.

Viewing Myanmar as an important partner for its ambitious Belt and Road Initiative, China has been pushing to implement its strategic projects along the China-Myanmar Economic Corridor (CMEC), which involves a plan to connect China’s southern province of Yunnan with Myanmar’s second-largest city, Mandalay, and then stretch further south to Yangon and southwest to Kyaukpyu in Rakhine state.

China is Myanmar’s largest investor and lender and has proposed 38 projects under the CMEC. Myanmar, however, has yet to approve 29 of them.

A Myanmar-backed committee and a consortium led by the China International Trust and Investment Corporation (CITIC) earlier this month had registered their joint venture to develop the deepwater port in Kyaukphyu, carrying a much-delayed project a step closer to reality.

Agreed in 2015, the project was delayed after critics raised concern that the deal could land Myanmar into excessive debt to Beijing as it would cost $7.5 billion and give Chinese developers an 85% share.

In the wake of this criticism, Myanmar negotiated with a consortium led by the China Communications Construction Company (CCCC) to reduce the initial project cost from $7.5 billion to $1.3 billion and raise its own share from the previous 15% to 30%.

“Our country is poor, so we’ll definitely be at risk of falling into a debt trap if we accept loans and investment from China for large projects without serious consideration of economic viability,” said the deputy minister.

“China is a superpower and our neighbor. So, we have to find ways to benefit our country from their projects because we’re not in a position to say no to Chinese investment.”

Analysts also hailed Myanmar’s government for splitting up the tender processes for a mega-city project in Yangon, the largest urban center and commercial capital of the country.

The $1.5 billion project to cover 20,000 acres has been a source of controversy and criticism due to the selection of the CCCC, a Chinese state-owned firm blacklisted by World Bank from 2015 to 2017 — as the frontrunner in the tender.

Experts have warned the single tender for the entire project would require the bidding firms to have a large initial investment and may deter other investors.

Khine Win, executive director of Sandhi Governance Institute — a local organization that monitors joint ventures between the government and private groups — said compartmentalization of the project reduced the risk for Myanmar.

“It at least lowers the risk that the New Yangon City project would be dominated by a single Chinese firm,” he told Anadolu Agency last week.

His organization also published a report about a $400 million economic zone project in Myitkyina — the capital of northern Kachin state — which one of three border economic zones considered to be part of the Belt and Road Initiative.

He said agreements signed in 2018 included a strict condition that apart from an economic development zone in the northern city of Myitkyina, no other such zones would be developed in Kachin state for 70 years.

“It shouldn’t be allowed. It must be renegotiated because it is a sort of monopoly,” he said.