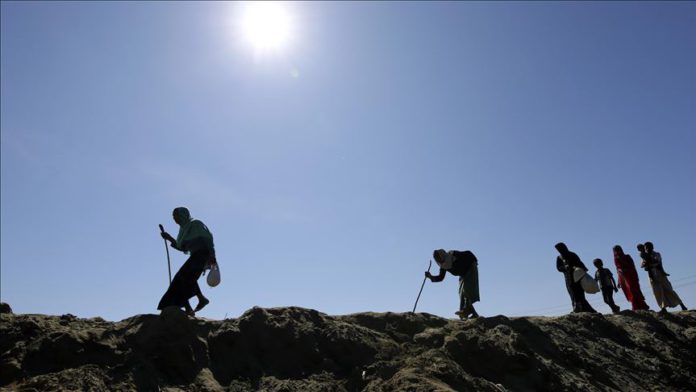 A Rohingya rights body on Tuesday disagreed with an “underreported” report of Myanmar government on the number of killed Muslims in a brutal military crackdown on a Rohingya village in 2017.

Strongly rejecting a recent government report on the massacre at the Gu Dar Pyin village in Rakhine state, home to hundreds of thousands of the Rohingya Muslims in Myanmar, which recorded a total of “19 terrorists” were killed in the operation, the Arakan Rohingya Society for Peace and Human Rights claimed the operation was ended with the killing of nearly 250 civilians.

The watchdog said it has been “monitoring, collecting and compiling data sourced directly from the families of victims and survivors in the Cox’s Bazar refugee camp, Bangladesh.”

“The actual number of civilian deaths stands at 243,” and the number of injured is 18, it added.

The statement came days after Myanmar military and a government sanctioned inquiry commission proclaimed that a total of 19 people were killed, whom they called “terrorist” in a crackdown on Aug. 27-28, 2017 that led to the killing of thousands of Rohingya and forced nearly 1 million to flee their homeland and take refuge in neighboring Bangladesh.

The investigation report by the Myanmar government and the country’s military is “grossly underreported,” according to the rights body.

Following the brutal crackdown, Myanmar is facing genocide charges in several international courts as a UN fact-finding body called it a “textbook example of ethnic cleansing and slow-burning genocide.”

In a July 2020 report, the Human Rights Watch also said the massive crackdown on the village — in which “hundreds of heavily armed soldiers and police” took part — killed an estimated 300 to 400 Rohingya civilians.

“The soldiers abducted women and girls from the village and gang raped them at a nearby military compound. Soldiers piled the bodies in at least five mass graves before burning their faces off with acid,” the global rights watchdog added, citing the UN-backed Fact-Finding Mission’s report.

The Myanmar government and military, however, denied the reports and claimed that “security forces were responding to an attack” by the Arakan Rohingya Salvation Army, an ethnic Rohingya armed group, and local villagers, during which “19 Rohingya terrorists died, their bodies carefully buried.”

However, a court martial in Myanmar on June 30 convicted three army personnel, including two officers and a soldier, for the Gu Dar Pyin incident.

The Rohingya rights body also rejected the court martial, describing Myanmar’s report on killed Rohingya as “blatant” and “nontransparent”, and called on the International Criminal Court and the International Court of Justice “to see that these shortcomings in fairness and accountability are addressed accordingly.”

It also called for a full and transparent disclosure of details relating to the legal measures taken by the Myanmar military against the military personnel indicted.

The Rohingya group said they had conducted a detailed data collection over the incident and was ready “to disclose details regarding our data collection methodology and is willing to cooperate with any verification process.”

Unity, solidarity key to success in all fields: Erdogan