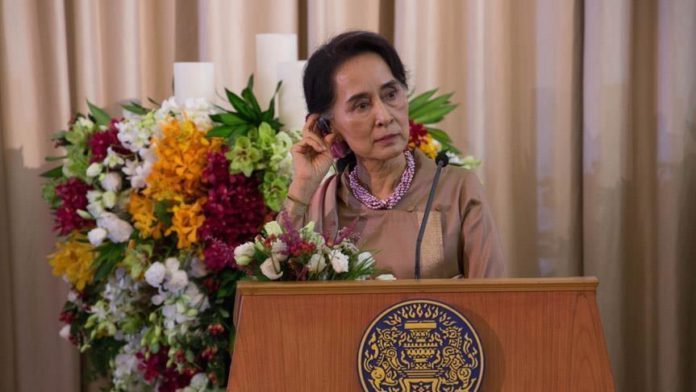 Myanmar’s de facto leader Aung San Suu Kyi, who was detained after the junta seized power on Feb. 1, was charged in a military court Thursday with violating the country’s official secrets law.

The law prohibits the possession, publication or sharing of state-owned information that could benefit the enemies of the country.

Suu Kyi spoke to her lawyer for the first time via teleconference on Wednesday and announced that she was in good health.

The military court charged Suu Kyi with bribery on March 18, claiming she accepted a $550,000 bribe from a construction company manager in 2018.

She was accused in previous hearings of violating the country’s import and export laws, failing to comply with the National Disaster Management Law and embezzlement.

On Feb. 1, Myanmar’s army ousted the elected government of Aung San Suu Kyi. In response to the coup, civilian groups across the country launched a civil disobedience campaign with mass demonstrations and sit-ins.

Over 500 demonstrators have lost their lives in the armed intervention by security forces.

While large-scale demonstrations are continuing in the country, high-ranking government officials in custody continue to be tried in a military court.