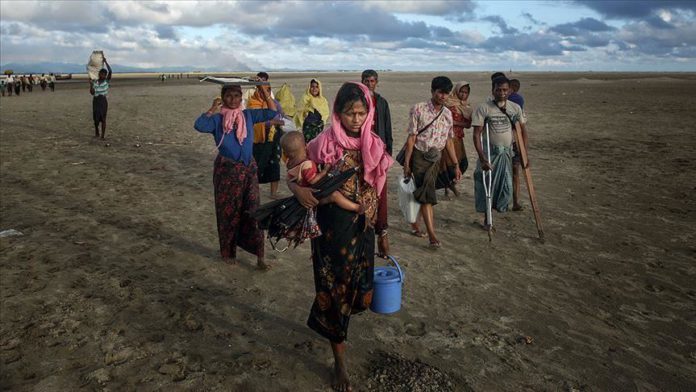 Myanmar confirmed on Saturday that it had submitted a report to the International Court of Justice (ICJ) on preventing further acts of genocide against the country’s Muslim Rohingya minority as well as preserving evidence of the genocidal campaign seen in recent years.

In January, the top UN court issued a provisional order asking Myanmar to implement certain preventive measures against the genocide of the Rohingya community in Myanmar’s western Rakhine state.

About Myanmar’s compliance report, a Foreign Ministry official on Saturday told Anadolu Agency over the phone: “We submitted it to the ICJ today.”

On condition of anonymity as he was not authorized to speak to media, the official said the report was based on three directives issued by the president’s office this April in response to the ICJ order.

He said Win Myint, Myanmar’s president, ordered the regional government and military not to remove or destroy evidence of a genocide while it must prevent anyone and all groups from committing genocidal acts as well as prevent incitement and hate speech against the Rohingya.

‘What I know is that the report was based on what we done and what we are doing regarding these three directives,” said the official.

According to Amnesty International, more than 750,000 Rohingya refugees, mostly women and children, fled Myanmar and crossed into neighboring Bangladesh after Myanmar forces launched a crackdown on the minority Muslim community in August 2017, pushing the number of persecuted people in Bangladesh above 1.2 million.