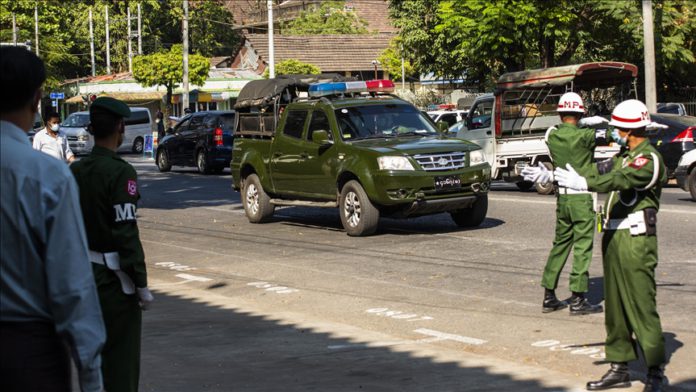 ​​​​​​​Myanmar’s military junta shut down internet services across the country amid anti-coup protests, a mobile service provider confirmed on Saturday.

“The Myanmar Ministry of Transport and Communications (MoTC) has directed all mobile operators to temporarily shut down the data network in Myanmar. Voice and SMS services remain open.” said Norwegian telecom giant Telenor that operates the second-largest mobile network in Myanmar.

In its order, the ministry cited “legal basis in Myanmar’s Telecommunication Law, and references circulation of fake news, the stability of the nation and interest of the public as a basis for the order,” the operator said in a statement.

The move came after the authority blocked Facebook, Twitter, and Instagram following a bloodless military coup against Aung San Suu Kyi’s elected government, who ran the country as a state counselor since 2016.

The military arrested her and many of her party officials after the coup on Monday.

Anadolu Agency’s freelance reporter Kyaw Ye Lynn, in Yangon, confirmed over the phone that there is no internet access in the country’s largest city.

“Before the shutdown of internet in my area, I have received reports of internet shutdown in several other areas too,” he said.

According to an Australia-based Monash IT Observatory group, a significant drop in internet connectivity was observed in several cities, including Yangon, Mandalay, Kachin, Magway, Bago, Kayah, and Mon, since 07.00 a.m. local time (0030GMT).

“Street protest erupted in Yangon. Riot police deployed to block protesters. No sign of violence yet,” the freelancer said, adding there are reports of protests in some other cities too.

The Telecom group express “deep concern” and emphasized to the authorities that “access to telecom services should be maintained at all times, especially during times of conflict, to ensure people’s basic right to freedom of expression and access to information.”

“We deeply regret the impact the shutdown has on the people in Myanmar,” it added.