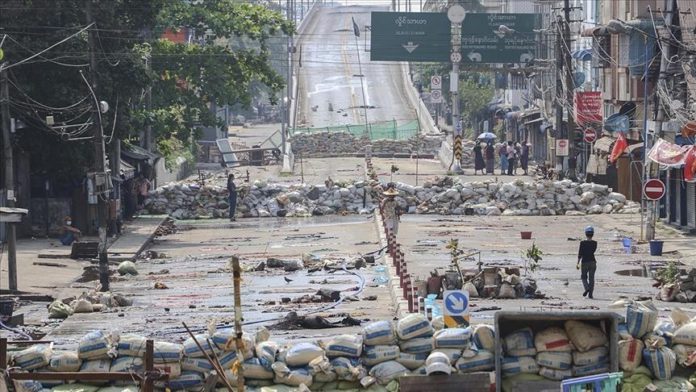 At least eight people protesting against the military coup in Myanmar were gunned down by security forces on Friday as the military junta ignored international calls to refrain from violence against the anti-coup protesters.

Protesters continued taking to the streets in the commercial capital Yangon and several cities and towns in Myanmar on Friday to defy the military regime that has killed at least 224 civilians since the last month’s coup.

A leading local news outlet, The Irrawaddy, reported on Friday that seven people were shot and killed during a protest in Aung Ban and an injured person died on the way to a nearby hospital.

It added that a protester was also shot and killed in Loikaw, capital of Myanmar’s smallest Kayah state bordering India, on Friday.

Myanmar Now, one of the five news outlets whose licenses were revoked by the junta last week – reported that two more local journalists had been taken away by police in the administrative capital Nay Pyi Taw on Friday.

According to Assistant Association for Political Prisoner (Burma), 10 out of 40 journalists, who have been detained while covering the anti-coup protests, were charged under the Penal Code and are facing up to two-year imprisonment.

The Myanmar regime has been deliberately using lethal weapons against the protesters throughout the country.

It imposed martial law in six townships in Yangon and shut the mobile phone and internet services throughout the country as part of its attempt to quell the growing anti-coup movement.

At least 37 dead in bus, truck collision in Brazil