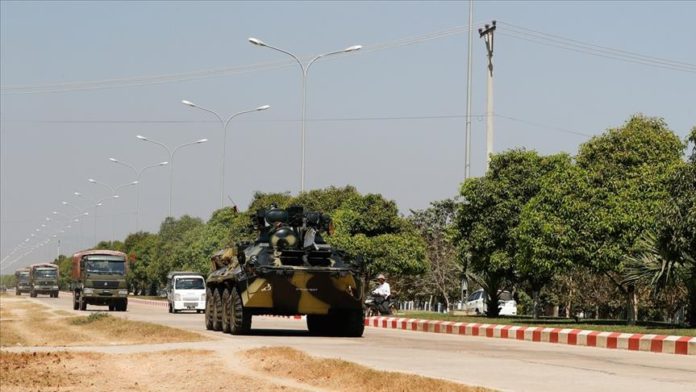 Nearly 300 members of Myanmar’s parliament issued a joint statement Saturday rejecting the military junta that seized power in a coup earlier this week.

Lawmakers asserted that they alone are representatives of the people in a video posted on Facebook, according to news reports.

They vowed to continue to struggle for democracy on behalf of constituents, while anti-coup protests continued to roil the southeast Asian country after the army took power Feb. 1.

Myanmar approved the Sputnik V vaccine developed by Russia for the coronavirus, according to Russian media.

It noted that the approval for the vaccine was given by the Chief of General Staff Min Aung Hlaing, who took control of the administration of the country.

Suu Kyi served from 2016 to 2021 following a long struggle for democracy in the nation that earned her a Nobel Peace Prize in 1991. But her silence regarding the massacre of Rohingya Muslims and defense of the military’s genocide at the international court drew harsh criticism across the globe.

The military claimed the coup was staged due to “election fraud,” which it said resulted in the dominance of the ruling party in parliament.