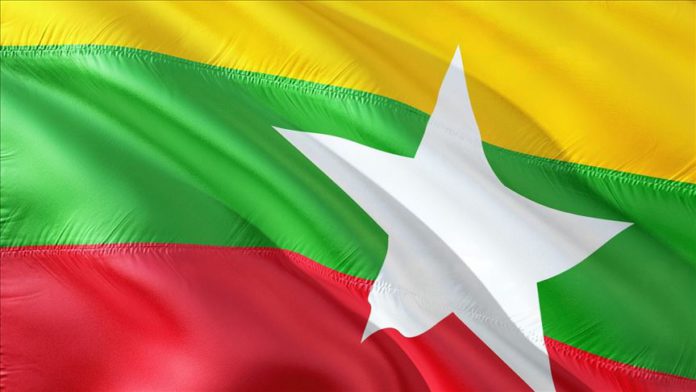 Coronavirus fatalities in Myanmar continue to rise steadily, reaching 75 as of Saturday after dozens of patients have died in recent weeks.

More than 4,200 new cases have also been reported since late August when Myanmar, which seemed to have the virus under control with about 400 infections in nearly five months, started experiencing a second wave.

With hundreds of COVID-19 cases announced daily in Myanmar, political parties have been pushing to have the upcoming elections scheduled for Nov. 8 to be pushed back.

The Union Election Commission (UEC), however, rejected those demands Tuesday, saying the polls would go ahead as planned.

“The voter list contains up to 70-80% errors. The dead are on the list but those who are alive are not there,” said Kyaw Zeya, vice-chair of the People Pioneer Party.

“So we don’t think these errors would be all fixed by October when UEC is to release final voter lists,” he told Anadolu Agency.

Meanwhile, the country’s immigration agency is conducting a campaign to issue national ID cards to adults who have not received them yet to vote.

An official in Yangon’s Shwe Pyi Thar Township said “mix-blood persons,” a term widely used by government agencies to refer to ethnic Chinese, Indians, Nepalese, Muslims and those with a foreign parent or grandparents, are, however, excluded.

“The operation was designed to provide IDs to adults, who are listed as one of the country’s 135 national races, before the November polls,” the official said on the condition of anonymity because he was not authorized to speak to the media.

“Mix-bloods, however, have to apply for IDs through regular procedures,” he told Anadolu Agency during a ceremony in which hundreds of mostly Buddhist adults, received identification cards.

The campaign was widely criticized by rights activists across the Buddhist-majority country for treating Muslims and Hindus as second-class citizens.

The 1982 Citizenship Act of Myanmar, in which nationality was established based on membership in one of 135 natiosnal races, effectively denies citizenship rights to those of so-called mix-bloods.

Aung Myo Win, who leads the Human Rights and Equal Rights Movement, a network of activists helping those who are facing difficulties in applying for national ID cards, said the campaign reflects the government’s discrimination policy against minority communities in Myanmar.

“There are many, many people who have not received national IDs despite living in the county for generations,” said Win, who is a Muslim community leader in Bago, about 80 kilometers (50 miles) east of the commercial capital, Yangon.

Those who apply for national registration cards are required to present documents to prove that their parents, grandparents and great grandparents were approved citizens. The problem is that many of the elderly do not have documentations.

Many of the elderly do not apply for official papers which is a common problem everyone faced but it was much easier to obtain for members of the 135 national races. For mix-blood older individuals, they face corrupt, racist and discriminatory government officials.

“The children from such families are also being excluded from programs issuing national registration cards in schools,” he said.

Without a national registration card, he said they are not entitled to receive important documents such as passports.

“It is a longstanding issue that must be changed immediately,” he said, adding that many people would be sidelined in the elections unless things are changed.

The UEC claimed those who do not have national registration cards would not lose their right to cast a ballot if their name is on electoral lists, which are currently on public display to be checked and corrected.

UEC spokesperson Myint Naing told reporters earlier this month that those whose names are on the list would not necessarily be required to have national ID to vote.

“Those who don’t have NRC cards would use other ID cards such as student cards or labor cards to identify themselves and cast ballots on Election Day. What is most important now is to check the vote list and help us make correct in time,” he said at a news conference.

Many Muslims told Anadolu Agency that they were able to vote in previous elections although they do not have national registration cards.

An administrator of a Muslim-majority village in central Mandalay region said all eligible voters in the village were registered on electoral list and will be able to exercise their rights to vote.

“Some 40 Muslim adults from the village however don’t have national ID cards,” said the administrator who asked not to be named due to the fear of reprisal.

“They were born here, their parents are approved citizens. Their grandparents and great grandparents built this village for about a century ago. But the immigration department said they are not entitled to receiving a national ID, but they are allowed to vote. It is extremely confusing,” he said.

“Are we just merely entitled to a vote (rights to cast ballots) every five years, but no other citizenship rights?” he asked rhetorically.