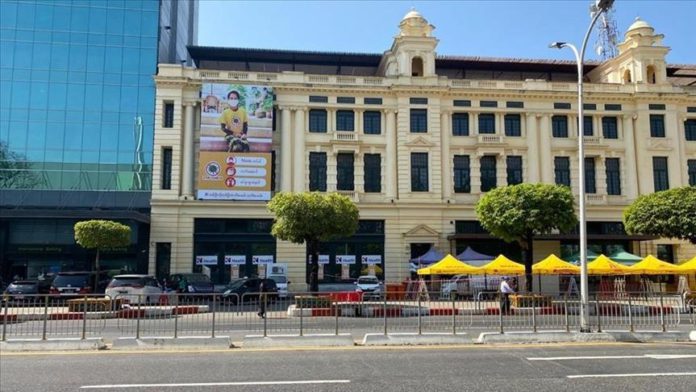 Myanmar held the first meeting of its new Cabinet Wednesday after the military seized power.

The meeting of the Council of Ministers was held at the presidential palace with the participation of the Armed Forces Commander-in-Chief and President Min Aung Hlaing, Deputy Vice President Myint Swe, and nine Cabinet members appointed to replace ministers who were dismissed on Tuesday, according to a statement by the information unit of the Myanmar army.

Hlaing at the meeting discussed the action plan with the ministers as part of the state of emergency that will last for one year, it said.

Myanmar’s military, officially known as the Tatmadaw, declared a state of emergency on Monday, hours after detaining the country’s de facto leader and State Counsellor Aung San Suu Kyi and other senior members of the ruling National League for Democracy (NLD) party.

Issues such as the continuation of domestic travel and tourism, reopening of temples and places of worship, continuing the activities of the economy sector in accordance with COVID-19 measures, revitalizing the economy and increasing job opportunities were also discussed at the Cabinet meeting, the statement added.

The NLD party authorities announced that Suu Kyi was “in good health” where she was held, while no information was shared on her location.

After the military coup on Feb. 1, some 24 ministers and their deputies were dismissed on Tuesday and 11 new ministers were appointed.

The coup took place hours before the first session of the country’s new parliament was set to convene following elections last November in which Suu Kyi’s NLD party made sweeping gains. The military claimed the coup was staged due to “election fraud” in the polls, which it said resulted in the dominance of the NLD in the parliament.