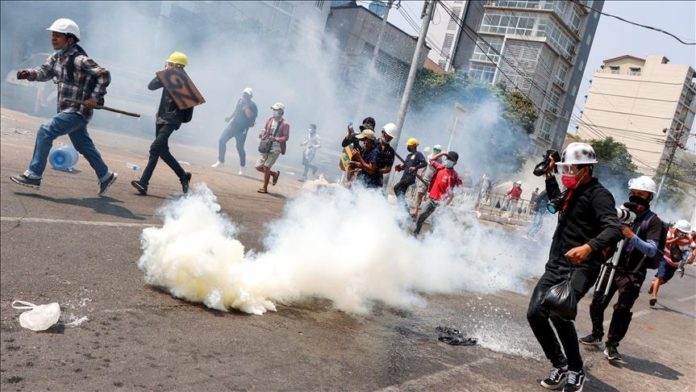 Since the February coup, Myanmar has evolved from a political crisis to a multi-dimensional human rights catastrophe, raising the possibility of state failure or a broader civil war, the UN human rights chief said Tuesday.

“What began as a coup by the Myanmar military has rapidly morphed into an attack against the civilian population that has become increasingly widespread and systematic,” said Michelle Bachelet, the UN high commissioner for human rights.

In an oral update to the Human Rights Council in Geneva on Myanmar since its Feb. 1 coup, Bachelet said nearly 900 people have been killed, and some 200,000 people have been forced to flee their homes due to violent military raids on neighborhoods and villages.

“This crisis has compounded the already disastrous impact of COVID-19 on an economy that relied on remittances, the garment industry, and other sectors shattered by global recession,” said Bachelet.

She said the World Food Program estimates that over 6 million people are severely in need of food aid and the UN Development Program forecasts that nearly half the population could be forced into poverty by early 2022.

“A void has been opened for the most harmful – and criminal – forms of illicit economy to flourish,” she said.

She said a countrywide general strike and the widespread dismissal of civil servants – including educators and medical personnel – have incapacitated many essential Myanmar services.