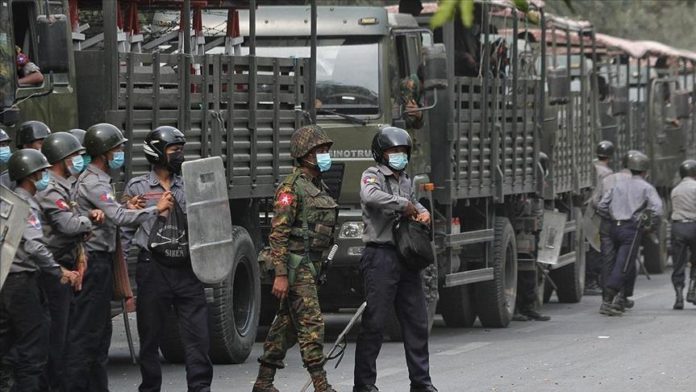 Myanmar’s military junta on Saturday sacked the country’s envoy to the UN after he called on international community to use “any means necessary” to reverse the Feb. 1 military coup, local media reported.

According to Myanmar’s state-run MRTV, Ambassador Kyaw Moe Tun had “spoken for an unofficial organization which doesn’t represent the country and had abused the power and responsibilities of an ambassador.”

He has been accused of “betraying the country” and was dismissed from his position by the military junta.

On Friday, the envoy told the UN General Assembly that the military, formally known as the Tatmadaw, “has become the existential threat for Myanmar,” recounting its violence against demonstrators demanding the restoration of democracy following the coup d’etat.

“Now is not the time for the international community to tolerate the war crimes and crimes against humanity committed by the Myanmar military,” the UN envoy said.

The military claimed it launched the coup due to “election fraud” resulting in the NLD’s dominance.

Shortly after the Feb. 1 coup, the junta declared martial law imposing a nightly curfew and a ban on gatherings of five or more people.

However, the junta has failed to quell popular protests by the people and a civil disobedience campaign initiated by government officials against military rule.