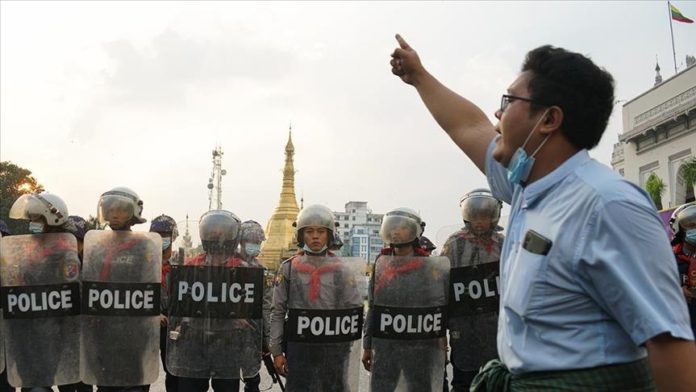 A group of ousted Myanmar lawmakers announced the abolition Thursday of the country’s 2008 constitution which enshrines the military’s role in politics amid growing anti-regime movements since the military coup in February.

The Committee Representing the Pyidaungsu Hluttaw – a group of lawmakers from ousted State Counselor Aung San Suu Kyi’s party – said the constitution was repealed after an interim charter was agreed on between the group and ethnic alliances.

It said in a statement that a new collation government will be formed in the first week of April based on the agreed Federal Democracy Charter.

The National Security Council, formed and led by Senior General Min Aung Hlaing after the Feb. 1 coup, has been escalating a violent crackdown on protesters demanding the immediate end of military rule.

At least 536 protesters have been killed by security forces during weeks of unrest, according to the Assistance Association for Political Prisoners, an activist group based in Thailand.