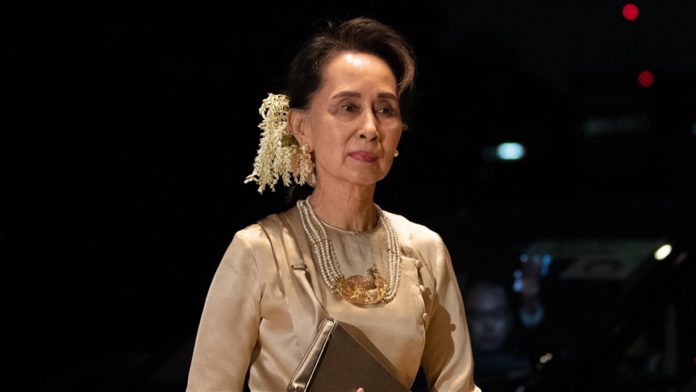 State Counselor Aung San Suu Kyi and President Win Myint were among those who were detained after the military seized power in Myanmar on Monday.

The two leaked police documents, which went viral on social media, stated that Suu Kyi and Myint were remanded on Monday by a district court in the Zabuthiri township of Naypyitaw via videoconferencing for 14 days.

It stated that Suu Kyi is facing up to three years imprisonment over charges under the country’s export-import law for possessing 20 illegally imported walkie-talkies and a jumper which were confiscated at her house during an early morning raid on Monday.

The police documents stated that President Myint is also facing a maximum three-year imprisonment as he was charged under the disaster management law for breaching COVID-19 restrictions during an election campaign on Sept. 20 last year in Naypyitaw.

Aung Kyi Nyunt, a central executive committee member of Suu Kyi’s ruling party National League for Democracy (NLD), confirmed it, however he said the party has not received any official notification yet.

Anadolu Agency was unable to verify if the documents are real as several calls to police went unanswered.

The National Administrative Council, a newly formed regime led by the coup leader and military chief Min Aung Hlaing, is yet to make a statement about the detainees.

Myanmar’s military declared a state of emergency on Monday, hours after detaining Myint, Suu Kyi, and other senior members of the NLD.