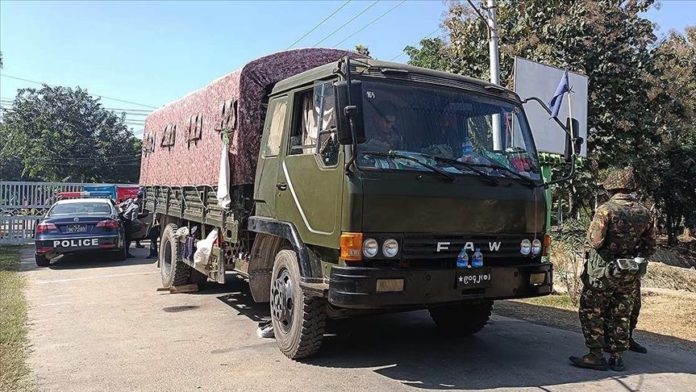 The military coup in Myanmar will have an impact on regional security, especially in the Association of Southeast Asian Nations (ASEAN) member states, Indonesian experts on Southeast Asian affairs said Thursday.

Priyambudi Sulistyanto, a Southeast Asian expert at Flinders University in Australia, said the Myanmar crisis can destabilize the bloc if ignored by the international community, adding that it can worsen Rohingya’s situation and cause people to flee the country like the 1988 political crisis.

“Minorities’ problems, in particular Rohingya, Kachin and Karen, have not been resolved. It also inherits problems that were not resolved during Aung San Suu Kyi’s era,” Sulistyanto said in a virtual webinar organized by Jakarta-based NGO Migrant Care.

He expressed his hope that ASEAN will be proactive in resolving the crisis, despite the difficulties in responding to human rights issues in the region due to its principle of non-interference in the internal affairs of member countries.

“ASEAN members are also divided in their way to respond to the coup,” he added.

Speaking at the panel discussion, Rachel Arinii Judhistari, program manager of the Asian Forum for Human Rights and Development (FORUM-ASIA), appreciated the ASEAN call for Myanmar to pursue reconciliation.

However, Arinii urged the regional organization to do a concrete move by holding a special meeting of Myanmar leaders to discuss the crisis.

“There will be massive human rights violations after the coup,” she feared.

Arinii added that the bloc can ask the ASEAN Intergovernmental Commission on Human Rights (AICHR) to investigate the coup in Myanmar.

On Monday, Yuyun Wahyuningrum, the Indonesian representative to the AICHR, stated that Myanmar’s military actions violated the principles of the ASEAN Charter regarding the enforcement of constitutional governance, and damaged the democratization process that has been painstakingly pursued since 2011 in the country.

Eva Kusuma Sundari, former chair of the ASEAN Inter-Parliamentary Myanmar Caucus, said the Myanmar military may further strengthen its grip on the government as it has a “dual-function” system based on the 2008 constitution.

The AIPMC is a network formed to achieve fundamental objectives as prerequisites towards restoring freedom and instituting democracy in Myanmar.

“This is a democratic disturbance that will become permanent,” said Sundari.

Indonesia can lead ASEAN to resolve the Myanmar crisis due to its ability to “speak up about democracy in the region and its important role in solving the Rohingya crisis,” she opined.

“Indonesia can be a prominent actor in influencing other ASEAN member countries. It is different from Thailand, Cambodia, and Vietnam that see this coup as an internal affair of Myanmar,” said Sundari.

She also urged Indonesia to impose an embargo on businesses owned by military groups involved in the coup and violence in Myanmar.

“If this can be done, it will help democratize Myanmar,” she suggested.

Suu Kyi served as late counsellor of Myanmar from 2016 to 2021 following a long struggle for democracy in the nation that earned her the Nobel Peace Prize in 1991. But her silence over the massacre of Rohingya Muslims and defense of the military’s genocide at the international court drew harsh criticism across the globe.

The coup took place hours before the first session of the country’s new parliament was set to convene following elections last November in which Suu Kyi’s NLD party made sweeping gains. The military claimed the coup was staged due to “election fraud” in the polls, which it said resulted in the dominance of the NLD in parliament.