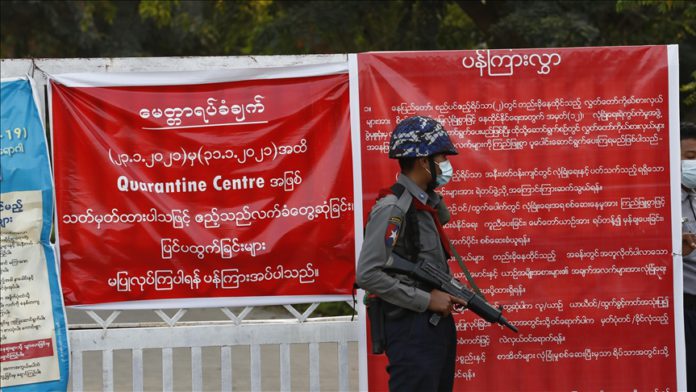 Myanmar military rulers on Thursday announced that its hospitals are ready to serve civilian patients in response to the rising resistance movement of health workers.

The announcement was made following a positive response to the anti-coup resistance campaign initiated by health workers including doctors.

Doctors and healthcare staff are warned to respect the code of medical ethics, according to a statement released by the Military True News Intelligence Team of the Myanmar army.

On Wednesday, doctors and nurses from about 70 public hospitals in the country announced a civil disobedience campaign, halting work to protest the military coup that took place on Monday.

“Myanmar’s medical doctors, who have borne the brunt of the global pandemic of COVID-19, do not recognize the legitimacy of the military government,” the striking doctors said in a joint statement on Wednesday.

“We stopped going to hospitals which are now under the illegitimate military government,” it said.

“The army never cared about the public health service,” said a professor at a medical university in Yangon, requesting anonymity. “They are getting frightened of our campaign, and want us to get confused and [damage] our unity,” the doctor who has been at the forefront of fighting COIVD-19 in the country, told Anadolu Agency on Thursday.

“They have a long history of ignoring public health services. We have seen several people die of the bad healthcare system under the military dictatorship, but they have blamed us [doctors and nurses],” she said.

“Today’s military announcement is just an excuse to blame us for not taking care of the patients. It’s a trick and a counter tactic,” she said.​​​​​​​