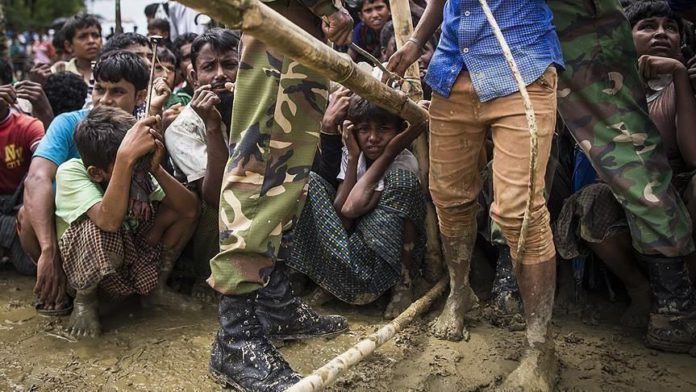 Leaked official documents show that a secretive Myanmar conglomerate is financing the country’s military, including units guilty of crimes under international law and other human rights violations, a global rights watchdog said on Thursday.

According to an Amnesty International investigation, Myanmar’s military receives huge revenues from shares in Myanmar Economic Holdings Limited (MEHL), a conglomerate with investments in the mining, beer, tobacco, garments, and banking sectors.

“MEHL has partnerships with a range of local and foreign businesses including Japanese beer multinational Kirin and South Korean steel giant POSCO,” the rights group said in a statement issued with the 84-page report, titled Military Ltd – The Company Financing Human Rights Abuses In Myanmar.

It said shareholder records revealed that Myanmar military units, including combat divisions, own about one-third of MEHL’s shares.

“Records also detail links between MEHL and the Western Command, which oversees operations in Rakhine State, including atrocities committed against the Rohingya population and other ethnic minorities,” read the statement.

The report provides detailed information on the considerable annual dividend payments that shareholders have received since the establishment of MEHL, which was founded by Myanmar’s military regime in 1990 and is still directed and owned by serving and retired personnel.

“These documents provide new evidence of how the Myanmar military benefits from MEHL’s vast business empire and make clear that the military and MEHL are inextricably linked,” said Mark Dummett, head of Amnesty International’s Business, Security and Human Rights team.

“This is not a case of MEHL unwittingly financing human rights violations – its entire board is composed of high-level military figures.

According to Amnesty International’s investigation, there is a direct link between MEHL’s business partners and the Myanmar military’s human rights violations.

“MEHL works in collaboration with these business partners in establishing joint ventures or profit-sharing agreements in Myanmar; when profits are derived from these operations, they are provided to MEHL as shareholder. MEHL then disburses dividends to its own shareholders,” the statement said.

“These companies all partner with MEHL in operations inside Myanmar. However, a few have global reach. Kirin is one of the world’s largest beer brewers, and its drinks, such as Kirin, San Miguel, Lion and Fat Tire are sold in bars and shops all over the world,” it said.

“POSCO, one of the world’s largest steelmakers, produces a range of steel products for the automobile, construction, and shipbuilding industries.”

The statement said Pan-Pacific has committed to “terminating its business partnership with MEHL in the wake of Amnesty’s findings and the publication of the UN Fact-Finding Mission report of 2019.”

“KBZ and Kirin have stated they are reviewing their relationship with MEHL, while others did not provide such commitments or did not respond at all,” it added.

Myanmar’s military has been responsible for numerous brutalities against the country’s Rohingya community, which has been described by the UN as the world’s most persecuted people.

According to Amnesty International, more than 750,000 Rohingya refugees, mostly women and children, fled to neighboring Bangladesh after Myanmar forces launched a crackdown on the minority Muslim community in August 2017, pushing the number of persecuted people in Bangladesh above 1.2 million.