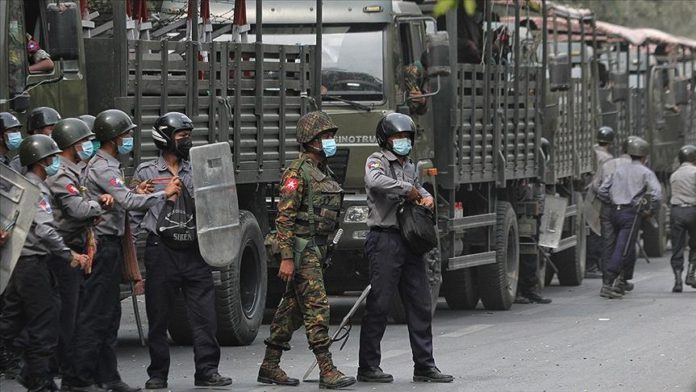 Six cops, including one who led the assault, were killed as anti-coup protesters attacked a police post in Myanmar earlier this week, local media reported on Saturday.

Thang Hou Gin, a 25-year-old cop who joined the Civil Disobedience Movement against Myanmar’s junta, led protesters in the attack on the police outpost in Tamu, a township in the Sagaing region, on Thursday, according to news agency Myanmar Now.

Gin was killed “about 200 meters from the outpost” when the “the military opened fire with machine guns” as the group of protesters was retreating, the Myanmar Now report cited a social worker as saying.

Meanwhile, thousands of people have left their homes in rural areas of Myanmar’s Magway state to escape the junta’s violent crackdown on anti-coup protesters.

According to activist group Justice for Myanmar, at least 10,000 people have taken refuge in forests in the region as soldiers have been raiding and looting properties and kidnapping civilians since the beginning of March.

Over 540 people have been killed in the junta’s brutal clampdown on protests against the military’s Feb. 1 power grab, according to various rights organizations.