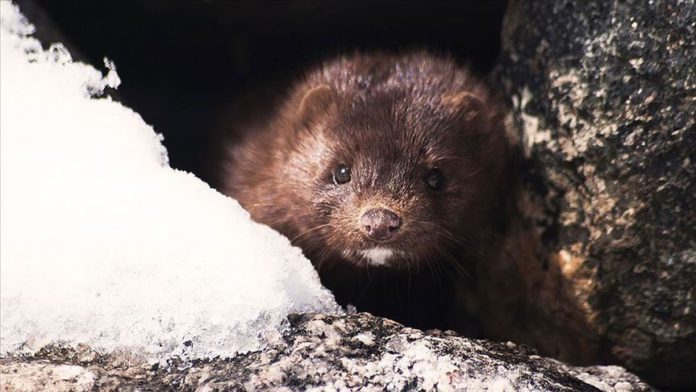 Denmark will kill all its mink population after a mutated version of the coronavirus was found in the Nordic country, the prime minister said Wednesday.

Mette Frederiksen said at a virtual news conference that the transmission of the new version of the virus from mink to humans could adversely influence the effectiveness of a future vaccine.

She said that the government has informed the World Health Organization (WHO) of the development, and the WHO said it is “checking on” the information.

The Danish government said the virus had been transmitted from minks to humans, with 12 people so far diagnosed with the mutated virus.

“You will lose your life’s work, which – in some cases – has been inherited through several generations,” said Frederiksen.

“It is a day of sorrow for you and everyone who works in the mink industry. The government is aware of this.”

Due to its thick and dense fur, the mink is highly desired in some European and other countries for clothing such as coats, but animal rights groups oppose its use.

The Danish government has pledged to compensate breeders for the loss of income and to provide full coverage for fixed costs.

The new infection was found among 207 mink farms in the country, and the authorities said the minks on 67 of them had already been killed.

Danish press reports cited police estimating that around 15-17 million minks must be killed.

Denmark’s armed forces, the Danish Emergency Management Agency, and its Home Guard, have been deployed to kill the country’s minks.

The wild European mink is listed by the International Union for Conservation of Nature among the critically endangered species due to an ongoing reduction in its numbers.

ANALYSIS – What is it that Ethiopia and Egypt are exactly...