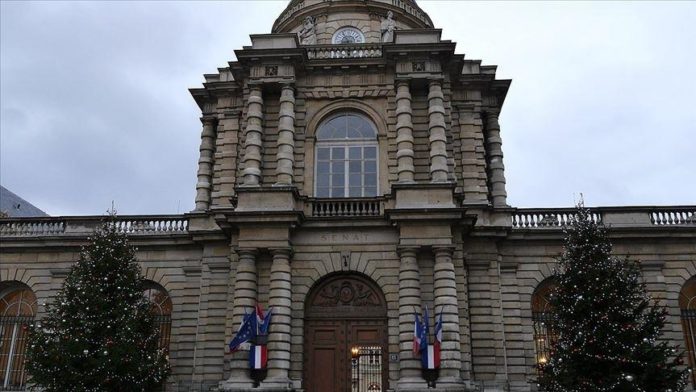 The controversial anti-separatism bill in France limits the existence and rights of Muslims, a French Muslim human rights activist said on Sunday.

“The anti-separatism bill completely limits the right to organization and the existence of Muslims as people who have Islamic faith and are aware of their citizenship rights,” Yasser Louati told Anadolu Agency.

Emphasizing that the Paris administration is trying to criminalize Muslims who organize outside of groups it supports, Louati said this law could be applied to other minorities in the future.

Stressing that the myth that “France is a country of human rights” died years ago, Louati said: “There is state racism and Islamophobia in France. If this was not true, laws would not be enacted in this way against a community that makes up 9% to 11% of the country’s population. Yes, this law specifically targets Muslims, because the discussions were always about them.”

The French National Assembly passed the “anti-separatism” bill on Friday despite strong criticism from both rightist and leftist lawmakers. The government says the legislation was done to bolster France’s secular system, but critics say it limits religious freedom and marginalizes Muslims.

Yasser Louati pointed out that after the death of George Floyd in the US, Muslims and suburban residents took action against systematic racism and police violence, and President Emmanuel Macron and Interior Minister Gerald Darmanin started using the term “separatism.”

He stated that, especially during the debates in the French Senate about the law, senators spewed hatred against Muslims.

Hoping that the bill passed in parliament will be brought before the State Council and the Constitutional Council, he said that those who created these institutions were not known as defenders of freedom.

“Right now, Muslims are worried because through this law, the state will try to control them and criminalize their actions. We saw that imams were expelled by the order of the interior minister,” he said.

Under this charter, Muslims are given a role which does not let them participate in public discussions or express their opinion, said Louati. If Muslims want to get rid of this controversial charter, they need to reorganize themselves to choose their own representatives, he added.

He said that if the state interferes in the affairs of Catholics or Jews, objections are raised that “you cannot interfere in a secular country.” However, those who represent Muslims cannot speak out against such interventions, asserted the activist.

“Interior Minister Gerald Darmanin wastes no time in spreading Islamophobic ideas and comments. While remaining silent on the far-right’s separatism, and the separatism of other religious communities that do not care about living together. He attacks Islam because no one resists him,” he added.

French Muslims should object to this law in France, he urged.

‘France will go further as Muslims step back’

“Our fear today is that Muslims will accept this situation and act accordingly. In order to avoid problems, we’ll give up our rights and freedoms as the government wants,” he said.

“The government will not stop here, it will go further as you step back,” he said, lamenting that the concept of resistance and struggle for rights is not very popular among Muslims.

Louati emphasized that Muslim institutions and mosques can only be successful if they fight together against the established Islamophobia in the country.