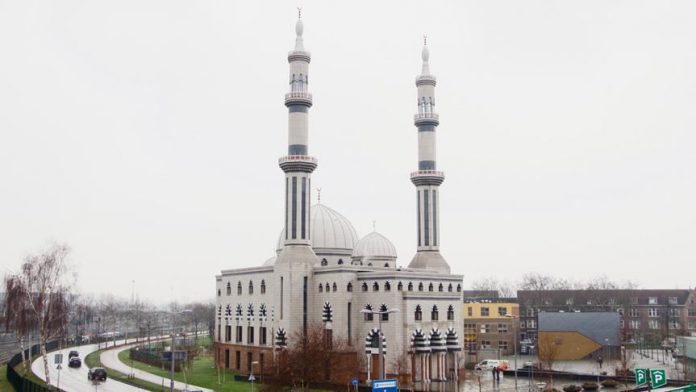 The cable of the audio system of a mosque in Amsterdam was cut by unidentified individuals Friday, obstructing the Islamic call to prayer in Amsterdam, according to a facility spokesman.

The Blue Mosque, generally attended by Moroccans, was going to call Muslims for Friday prayer by broadcasting the adhan over loudspeakers. But mosque officials realized the system was blocked.

Mosque spokesman, Nourdeen Wildeman, said the cable of the audio system was cut.

Wildeman said the adhan could not be recited Friday because of the incident but it would will be called over the mosque’s loudspeakers next Friday.