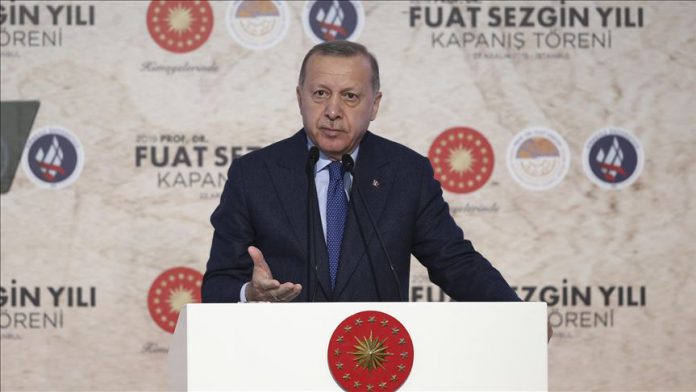 Following on its rich history of science and culture, now the Islamic world can forge a new renaissance, said Turkey’s president on Monday.

“The Islamic world, which made Istanbul, Cairo, Damascus, and Baghdad centers of science and culture for centuries, can realize a resurgence that is worthy of its history,” Recep Tayyip Erdogan told a ceremony at Istanbul Airport honoring Fuat Sezgin, a Turkish scholar who documented contributions by Muslim scientists.

Saying that the history of humanity has come down to our day through scientific riches rather than wars, he said that history gives people the opportunity to embrace