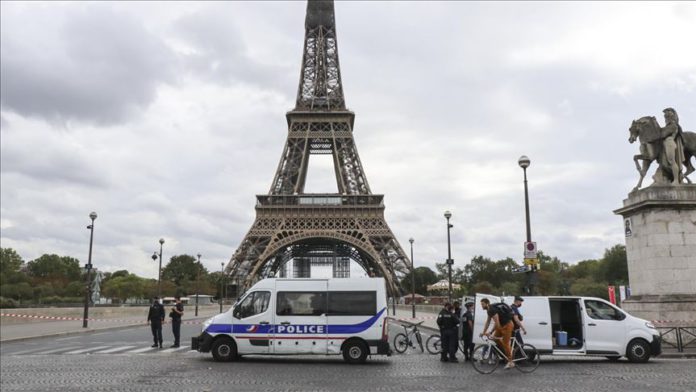 The attack took place amid heightened tension after French President Emmanuel Macron said in an Oct. 2 speech that Islam was “in crisis,” a claim critics charged would fuel Islamophobia.

As reported by franceinfo and other outlets, the incident happened on Sunday under the iconic landmark as the Muslim women were out for a walk, when a dog ran up and frightened their children.

When the Muslim women asked the dog’s owners – described as white women “of European appearance” – to put it on a leash, they refused, and instead shouted insults such as “Dirty Arab!” and “Go home!”

They then pulled out a knife, slashing one of the Muslim women three separate times – on the skull, on the rib, and on the upper arm, and delivering six stabs to the other woman.

The attack was halted by vendors working at the foot of the tower.

The victims of the attack – identified as Kenza, 49, and Amel, her cousin, both of Algerian origin – suffered a punctured lung and other wounds.

Police arrested one of the assailants immediately and the second on Tuesday. Paris prosecutors on Wednesday opened an investigation into attempted murder and assault with a weapon, according to the reports.

The attack has fueled ongoing tension in the capital after the murder of teacher Samuel Paty by an extremist last Friday, an incident Macron branded an “Islamist terrorist attack.”

Paty, 47, a middle school teacher, was decapitated Friday by Abdoullakh Anzorov, an 18-year-old man of Chechen origin. The suspect was gunned down by police.

The teacher, during one of his classes on freedom of expression, had shown controversial cartoons depicting the Muslim Prophet Muhammad, according to the reports.

Critics have warned the government may exploit this murder to intensify its controversial anti-Muslim campaign. Community leaders also expressed concern that the attack would further stigmatize French Muslims and stoke Islamophobia.

“Will the media call this a terrorist attack? No! Blatant double standard here folks,” CJ Werleman, an activist against Islamophobia, wrote on Twitter.