TurkishPress
Home News Muslim Tory MP in UK says she was sacked as minister because... 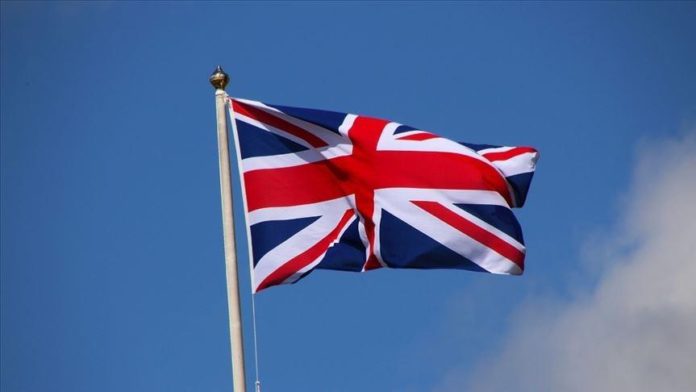 Nusrat Ghani, the leading Conservative Party MP and former minister, claimed Saturday that she was sacked from her ministerial position because of her Muslim faith.

Ghani’s accusation came in a special interview with The Sunday Times.

The 49-year-old MP was sacked as transport minister in February 2020 in a reshuffle after the resignation of Sajid Javid as Chancellor of the Exchequer.

She claimed that she was told by a party whip that her “Muslimness was raised as an issue” at a meeting in Downing Street and that her “Muslim women minister status was making colleagues feel uncomfortable,” according to the newspaper.

She also said she was told “there were concerns ‘that I wasn’t loyal to the party as I didn’t do enough to defend the party against Islamophobia allegations.’”

“It was like being punched in the stomach,” said Ghani. “I felt humiliated and powerless.”

She said: “When I challenged whether this was in any way acceptable and made clear there was little I could do about my identity, I had to listen to a monologue on how hard it was to define when people are being racist and that the party doesn’t have a problem and I needed to do more to defend it.

“It was very clear to me that the whips and No 10 were holding me to a higher threshold of loyalty than others because of my background and faith,” she said.

Ghani, who is vice chairwoman of the party’s decision making 1922 Committee of backbenchers, said she kept quiet about the issue as she was warned that she would be “ostracised by colleagues” and her “career and reputation would be destroyed” otherwise.

“I will not pretend that this hasn’t shaken my faith in the party,” she said.

Ghani said the feeling of “isolation and powerlessness after this episode would not leave me and I raised it several more times through official party channels and with some colleagues.”

“However, after the threats from whips, I was extremely careful to follow procedure, and when the procedure ran out of road I had no choice but to get on with my career and make a difference for my constituents and for the issues I care about from the back benches.”

“A government source close to the whips’ office strenuously denied the allegation,” according to the newspaper.

Ghani was the first Muslim woman minister to speak from the House of Commons despatch box.

-Islamophobia allegations within the party

Allegations of Islamophobia within Britain’s leading Conservative Party reached a new high in 2019 after 25 in-office and former party councilors were identified as having posted anti-Muslim and racist remarks on social media.

An exclusive story by the Guardian newspaper suggested that 15 sitting and 10 former councilors sent messages on Facebook and Twitter to the party’s headquarters.

The messages in a dossier obtained by the daily include “calls for mosques to be banned, claims the faith wants to “turn the world Muslim” and refer to its followers as “barbarians” and “the enemy within.”

Sayeeda Warsi, a Conservative member of the House of Lords, said after the reports that she was “appalled” by some of the comments in the dossier.

“These further divisive and racist comments by elected Conservative councilors are a further indication of the issue of Islamophobia in the party,” she said.

“The constant argument made by the party [is] that there isn’t the evidence, yet dossier after dossier has been presented to the party. Now this one exposes a sizeable number of sitting Conservative councilors. These individuals seek to represent the party, and if the party truly believes in rooting out racism, it should start from rooting out those with racist views from the party.

“Sadly, the party has been trying to downgrade, dilute and deflect the issue of Islamophobia.”

The Muslim Council of Britain (MCB) has repeatedly accused the Conservative leadership of “denial, deflection and discounting” after the party announced it would be holding a broader investigation into “all types of prejudice,” backpedaling on a previous pledge for an independent investigation into the matter.

The council said in 2019 that Islamophobia in the Conservative Party is “endemic”.

The biggest Muslim umbrella group in Britain also said the “lack of transparency and attempt to cover up the problem only heightens the mistrust of the party.”

Prime Minister Boris Johnson has faced calls to apologize after he said in an opinion piece in 2018, before taking over the party as its leader, that Muslim women wearing burqas look like “letter boxes” and compared them to “bank robbers.”

A 2020 inquiry by professor Swaran Singh, a former equality and human rights commissioner, found no evidence of “institutional Islamophobia” within the Conservative Party but criticized Tory figures, including Boris Johnson.

A Conservative lawmaker’s allegation that the government was trying to “blackmail” the party’s MPs who push for a confidence vote of Johnson sent a shockwave through British politics last Thursday.

William Wragg, the Conservative chair of the Commons Public Administration and Constitutional Affairs Committee, accused party whips of intimidating the MPs who demand a vote to out Johnson from the top position concerning a scandal of drinking parties at Downing Street during the coronavirus lockdowns.

He said the government has threatened MPs “to withdraw investments from members of parliament’s constituencies which are funded from the public purse,” describing the act as a breach of the ministerial code.

Johnson said he has “seen no evidence to support any of those allegations.”

Scale of 3rd COVID wave in Africa 'is like nothing we’ve...