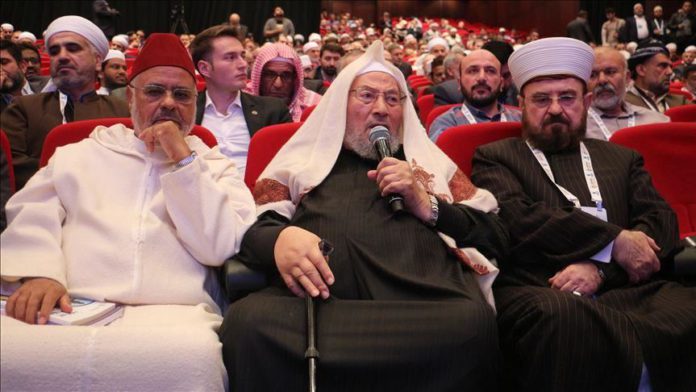 The United Arab Emirates’ (UAE) deal to normalize ties with Israel is tantamount to “high treason,” a leading group of Muslim scholars said on Friday.

In a statement, the International Union for Muslim Scholars (IUMS) urged the Muslim world to take a “decisive position against such concessions … and to exert efforts to preserve the full rights of the Palestinian people.”

The group also rejected UAE’s claim that the deal will halt Israel’s annexation of more Palestinian territory, citing the Israeli premier’s comments that he “achieved this agreement and others without any concession.”

The deal to normalize UAE-Israel ties was announced by US President Donald Trump on Thursday, in a move forestalling Israel’s controversial plans to annex large swathes of the occupied West Bank.