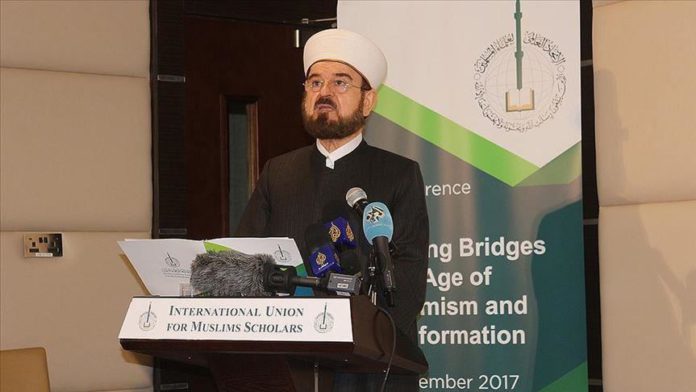 Those who insult Prophet Muhammad, who teaches goodness, justice and freedom, have no morals and honor, Ali al-Qaradaghi, secretary general of the International Union of Muslim Scholars, said in a statement in Arabic.

The magazine has again exposed the real morals of its society and wants to reinterpret the concepts of secularism, human rights, and freedom, he added.

Al-Qaradaghi said Muslims will not respond to such ignorance with ignorance, stressing that neither the magazine nor its managers could ever understand the esteemed status of Prophet Muhammad.

He said Muslims are the advocates of goodness and righteous ideas, not evil, and believe in respecting the sanctity of all religious beliefs.

Despite criticism and condemnation, the French magazine has published cartoons insulting Islam and Prophet Muhammad several times since 2006.