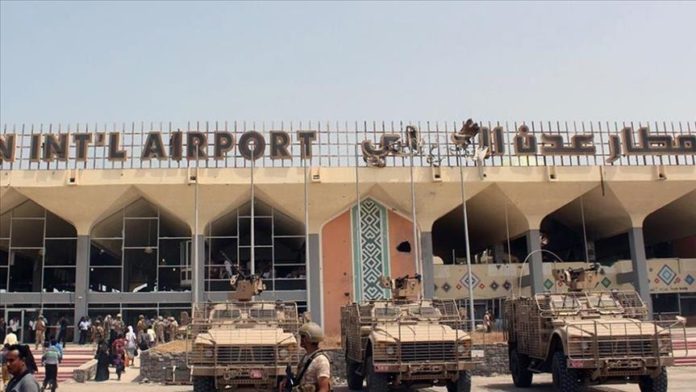 The International Union for Muslim Scholars (IUMS) on Thursday denounced the blasts in Yemen’s Aden airport describing it as a “heinous crime”.

“The International Union for Muslim Scholars expresses its condemnation to the attacks on Aden Airport and considers them as a heinous crime against the peaceful civilians,” said Ali Qaradaghi, secretary-general of the IUMS.

He also urged the Yemeni parties to put an end to the ongoing conflict and called for providing the needed assistance to the Yemeni people.

Earlier on Thursday, Yemeni Health Minister Kasem Buhaibeh said that the death toll of the blast in Aden’s airport jumped to 25 with 110 others injured.

The Yemeni Interior Ministry said that the blasts took place at the time of the arrival of the newly formed government members to Aden, the Yemeni capital.

The Iranian-backed Houthi group denied involvement in the attack.

More than 220,000 Yemenis, including civilians, are believed to have been killed in the conflict, which has led to the world’s worst humanitarian crisis, with 80% of the Yemeni population depending on humanitarian aid to survive.

The battle for Alex Saab’s extradition in Cape Verde