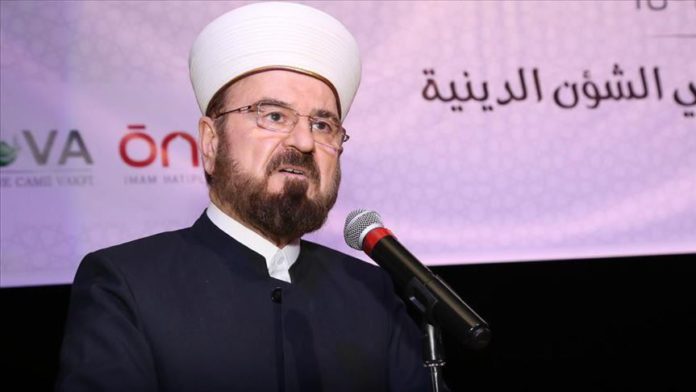 A top global Muslim group on Monday condemned recent desecrations of the holy Quran in Scandinavia.

Desecration of the holy Quran is an “incitement to terrorism and belittling of sacred values,” said Ali al-Qaradaghi, secretary general of the International Union for Muslim Scholars (IUMS), on Facebook.

At an anti-Islam protest Saturday in the capital Oslo by the far-right Stop the Islamization of Norway (SION) group, a protester tore out pages of the Quran and spat on them.

Last Friday, in Malmo, Sweden, a copy of the Quran was also burned by supporters of Rasmus Paludan, leader of the Danish far-right Stram Kurs (Tight Direction) party.

Al-Qaradaghi also urged Muslims to strictly follow the teachings of Islam and not respond to extremism with extremism.

Urging authorities to take the necessary actions, Al-Qaradaghi said the incident does not harm the holy Quran but the perpetrator.

The first response to the incident has to be the establishment of an Islamic consensus on following the Quran, he added.