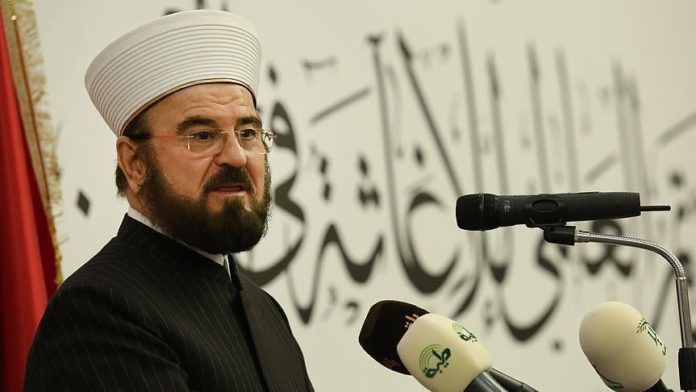 The International Union for Muslim Scholars (IUMS) on Saturday urged the Islamic world and all countries to stand against Israel’s plans to annex the occupied Palestinian territories.

Secretary General of the IUMS, Ali al-Qaradaghi, accused Israel of exploiting the world’s preoccupation with the coronavirus pandemic, along with the Trump’s administration support, to proceed with its aggressive policies against the Palestinians.

“The IUMS calls upon all to stand with the Palestinian people, and their right in self-determination and to liberate their occupied territories,” said al-Qaradaghi.

He held the U.S. administration fully responsible for implications of approving Israeli plans of annexing Jerusalem and other Palestinian territories to its sovereignty by giving a green light to the Israeli government.

The annexation will take place July 1, as agreed between Prime Minister Benjamin Netanyahu and his newfound ally Benny Gantz, head of the Blue and White party.

Palestinian officials have threatened to abolish bilateral agreements with Israel if it goes ahead with its plans, which would further undermine the two-state solution.

The annexation comes as part of US President Donald Trump’s so-called “Deal of the century” announced Jan. 28. It refers to Jerusalem as “Israel’s undivided capital” and recognizes Israeli sovereignty over large parts of the West Bank.

Palestinian officials say that under the US plan, Israel will annex 30% – 40% of the West Bank, including all of East Jerusalem, seen as the capital of a future Palestinian state.

The plan has drawn widespread criticism from the Arab world and was rejected by the Organization of Islamic Cooperation (OIC), which urged all member states not to engage with the plan or cooperate with Washington in implementing it in any way.