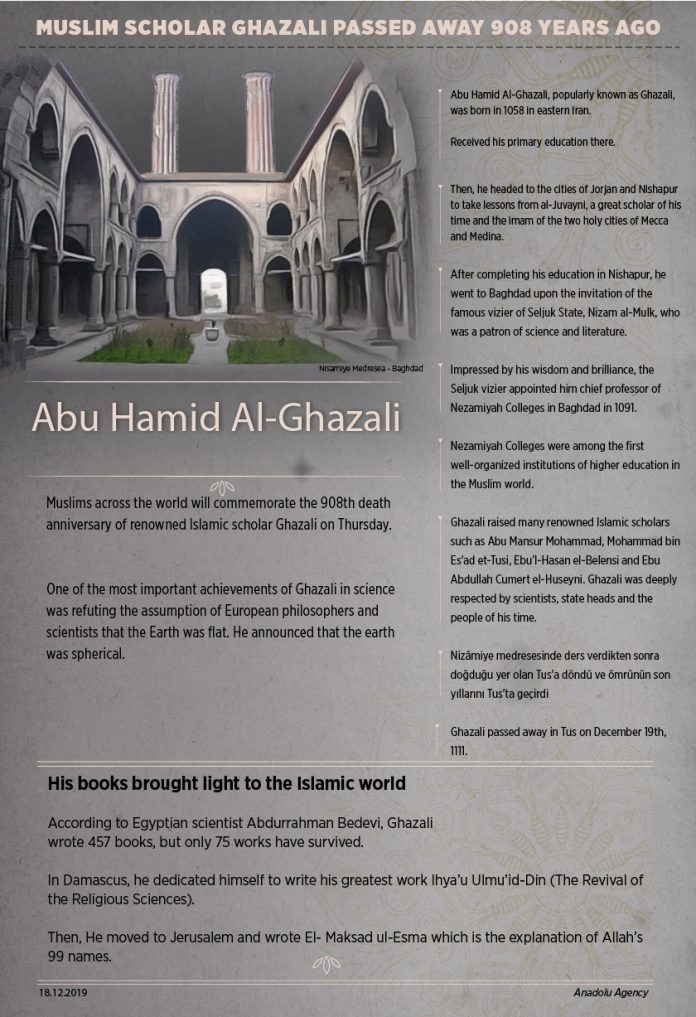 Muslims across the world will commemorate the 908th death anniversary of renowned Islamic scholar Ghazali on Thursday.

Abu Hamid Al-Ghazali, popularly known as Ghazali, was born in 1058 in eastern Iran and received his primary education there. Then, he headed to the cities of Jorjan and Nishapur to take lessons from al-Juvayni, a great scholar of his time and the imam of the two holy cities of Mecca and Medina.

After completing his education in Nishapur, he went to Baghdad upon the invitation of the famous vizier of Seljuk State, Nizam al-Mulk, who was a patron of science and