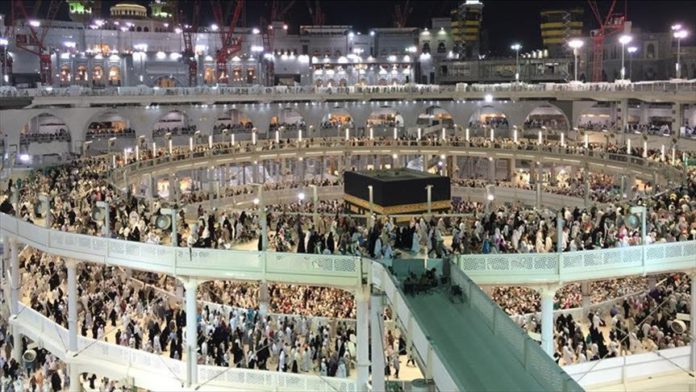 Muslim pilgrims began arriving in the holy city Mecca on Saturday to perform Hajj, one of the five pillars of Islam, the Saudi media reported.​​​​​​​

According to Arab News, an English language daily, Saudi Arabia is allowing 60,000 fully vaccinated residents to take part in this year’s Hajj.

Saudi authorities tasked over 500 workers to serve pilgrims as they perform the initial tawaf, circling around Kaaba upon entering the mosque premises, the daily said.

This year’s Hajj, with participants chosen through a lottery, is larger than scaled back version staged in 2020 amid the COVID-19 pandemic but significantly smaller compared to normal times, it added.

Last year, Saudi authorities limited the Hajj to 10,000 Muslims due to the pandemic.

In 2019, around 2.4 million pilgrims performed Hajj, according to official estimates.

The Hajj, the pilgrimage to Islam’s holiest site Kaaba in the city of Mecca, is one of the five pillars of Islam. Muslims are required to perform it at least once in their life if they have the means to do so.