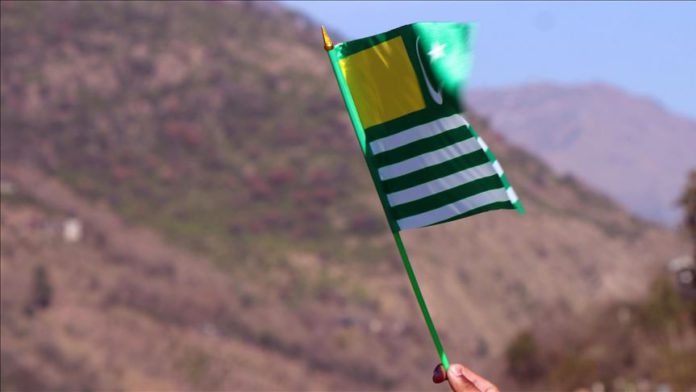 Several leaders from Muslim countries, including top diplomats, condemned the annexation of Kashmir on Tuesday and demanded India withdraw armed forces from the Himalayan valley.

The Chairman of the Organization of Islamic Cooperation Human Rights Council, Adama Nana addressed a webinar organized by the World Kashmir Awareness Forum (WKAF) and condemned the yearlong lockdown and communication blackout in Indian-administered Kashmir.

“The Indian government has persecuted human rights activists and innocent people on false charges under draconian laws which is a serious violation of international laws,” Nana said.

The continued lockdown has caused a major economic loss to the region and residents of Kashmir which is deplorable as India purses the systemic persecution of Kashmiri Muslims, he added.

Pakistan Permanent Representative to the United Nations Munir Akram said Indian Prime Minister Narendra Modi has closed all doors to dialogue and is using force against innocent people in Kashmir.

“India have deployed over 900,000 troops in Kashmir and is carrying out atrocities against innocent people,” he said.

He said he submitted two documents to the UN Security Council on Monday regarding human rights violations in Kashmir and another which outlined the legal case of the disputed valley.

Akram urged the international community to support the legitimate cause of Kashmiris to get their rights as per UNSC resolutions.

Sami Al-Arian, Director of the Center for Islamic and Global Affairs of Turkey, said Kashmiris and Palestinian people are struggling for self-determination under military occupations and are facing racists and Zionist powers.

“Both nations, Kashmiris and Palestinians, are suffering from poverty as occupation forces have caused them huge economic loss and using forces against innocent people,” Arian said.

He lamented growing Islamophobia and said the Israel and Indian governments are promoting Islamophobia while world powers provide arms and economic assistance to both countries against innocent Muslims.

President of Azad Jammu and Kashmir, Sardar Masood Khan, criticized the long held silence of the UN Security Council and said major powers on the UNSC are not interested in resolving the long standing issue at the world body.

“Indian forces are killing innocent Kashmiris while the world is silent over their genocide,” Khan said.

The Aug. 5, 2019, Indian action to revoke the special status of the valley was illegal and Kashmiris have rejected it, he added.

Renowned British author, biographer, and historian Victoria Schofield also spoke at the webinar and said Kashmiris, who are living in a beautiful valley, should enjoy the freedom others are enjoying.

She characterized the situation in Kashmir at extremely concerning to the entire international community and said even journalists are not allowed to report the real situation from the ground.

Participants demanded an immediate lifting of the yearlong military siege, restoration of all internet connectivity and communications links and releasing all political prisoners including underage children, journalists and civil society members.

They urged a halt to and a rescinding of all laws, such as the Domicile Laws, that have been instituted to speed demographic changes and promote ethnic, cultural, and political cleansing of Jammu and Kashmir.

“Disarm and withdraw all Indian military and paramilitary personnel from the occupied territories so that all the people in Jammu&Kashmir can exercise their unfettered right of self-determination through a free and fair referendum as agreed to by both the Governments of India and Pakistan as well as the United Nations Security Council as early as 1948,” the Kashmiri leaders said.