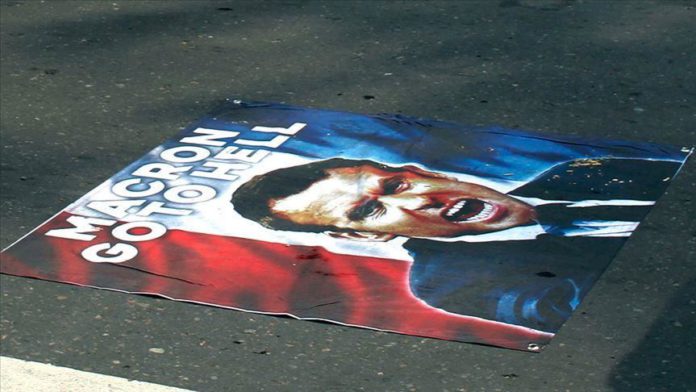 “We strongly condemn the demeaning of Prophet Muhammad, peace be upon him, under the guise of freedom of speech and expression,” Al Hajj Hassan Ole Nadoo, chairman of the Supreme Council of Kenya Muslims, said in a statement.

Nadoo said freedom of speech and expression is not absolute and must be exercised in a manner not hurting freedoms and rights of others.

“The most blatant bias is that while disparaging Islam and mocking its symbols is considered freedom of expression, there is no tolerance for criticism of Israel, Israeli policies, Zionism and anti-Semitism,” the statement said.

Nadoo further said caricatures depicting Jewish people in France would not be tolerated and would certainly land someone in a court of law. “The same, however, is not the case for the country’s Muslim community.”

He called for the economic boycott of French products until Emmanuel Macron withdraws his offensive remarks and anti-Islamic policies.

Recently Macron outlined plans by his government to ban French imams from training overseas, restricting home schooling, and controlling religious funding among others.

In South Africa, the National Awqaf Foundation said it notes with utter disgust the current offensive attacks on the most venerated prophet of humanity.

“We also note with deep concern the grossly uninformed statements of French President Macron that Islam is in a ‘crisis’. Islam is the fastest growing faith on earth, hardly the sign of a ‘crisis’,” said Mickaeel Collier, deputy CEO of the foundation.

He said the irresponsible and dangerous statements by Macron will only ignite Islamophobic attacks on the Muslim community.

Collier also called for an immediate stop to unwarranted vilification of Muslim leaders like Turkish President Recep Tayyip Erdogan who always defended the dignity of the prophet and rights of Muslims.

In the Horn of Africa country, the Somali Presidency said in a Thursday statement: “The Federal Government of Somalia regrets the violation of the faith, sanctity, and theology of the Muslim people, and our Prophet Muhammad, peace and blessings be upon him.”

The statement further added: “Any act that harms the feelings of Muslims serves the interests of extremist groups, and such acts should be avoided as they create social hatred among people of different nations and religions.”

Somalia urged the world leaders to carefully consider statements that violate the sentiments of Muslims by distinguishing between freedom of expression and violation of religious sanctity.

On Wednesday, hundreds of people in the Somali capital Mogadishu protested against the French president’s controversial remarks.