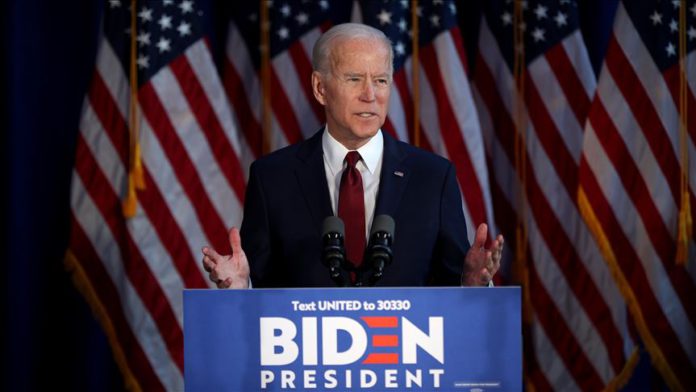 Those who are lending their support including Reps. Ilhan Omar and Andre Carson, as well as Minnesota Attorney General Keith Ellison, according to the Associated Press, which obtained a copy of a letter they authored announcing their support.

All of those who signed the letter are Democrats. Omar was previously a prominent supporter of Sen. Bernie Sanders’ progressive campaign, but signaled last week that she would be supporting Biden.

“Our number one goal is to remove Donald Trump from office and to replace him with someone who can begin to heal our nation,” the letter said, according to the AP. “A Biden administration will move the nation forward on many of the issues we care about,” it said, citing racial justice, affordable health care, climate change and immigration.

The missive is part of a campaign being launched by Emgage Action, a Muslim-American advocacy group seeking to increase voter turnout ahead of the Nov. 3 polls. It did not immediately respond to a request for a copy of the letter sent by Anadolu Agency.

“Muslim communities were the first to feel Donald Trump’s assault on black and brown communities in this country with his vile Muslim ban. That fight was the opening barrage in what has been nearly four years of constant pressure and insults,” he said.

“What message does this send to the rest of the world? We have led the world not just by the example of our power, but by the power of our example. And he’s making a mockery of what we stand for,” added Biden.

The former vice president is continuing to lead Trump is successive nationwide polls, with some indicating he could have a double-digit lead with less than four months remaining until ballots are cast.

If Trump is unseated in November he will be the first single-term president since George H.W. Bush lost to Bill Clinton in 1992.