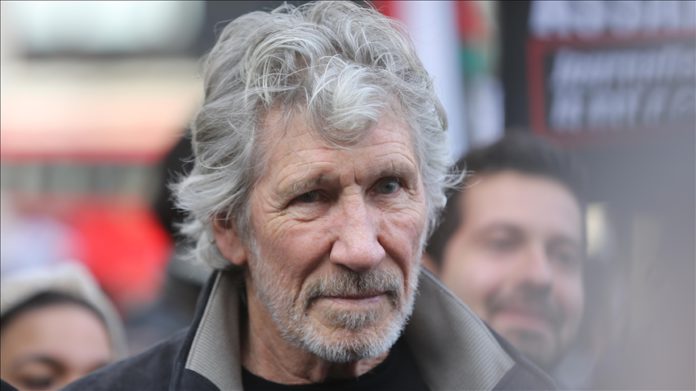 Waters, best known as bass player, co-lead vocalist, lyricist and principal songwriter in the rock band Pink Floyd, defined Israel as “an apartheid state” in a video he posted on Twitter on Friday.

Calling on US President Joe Biden, he said: “Biden is still going ‘Oh, I support Israel in anything’ Oh, wait you support them in this genocidal removal of people from their homes.

“How would you like it, Joe Biden? You’re sitting at home, there that’s your home, it’s where your family have lived for hundreds of years. And some …. comes along and goes, that’s ours. I’m a settler I’m going to take your house from you. I don’t care what you do. Die … that would be the very best.”

Noting that B’Tselem, a leading Israeli human rights organization, called Israel “an apartheid state” a few months ago, he said that Human Rights Watch has now followed their lead.

“I’m starting a campaign to try and persuade FIFA to stop playing soccer against them. That will focus the attention. It certainly did to the South Africans.”

Tensions have run high in the Sheikh Jarrah area all through the week as Israeli settlers swarmed in after an Israeli court ordered the eviction of Palestinian families.

So far, 12 Palestinian families in the neighborhood have received eviction orders issued by the Israeli central and magistrates courts.

Most recently, four Palestinian families filed a petition with the Supreme Court, Israel’s highest judicial body, against a decision to expel them from their homes. The court is set to rule on the issue on Monday.

The Palestine-Israel conflict dates back to 1917, when the British government, in the now-famous Balfour Declaration, called for “the establishment in Palestine of a national home for the Jewish people.”

'No damage to Turkish drone maker from Canadian move'