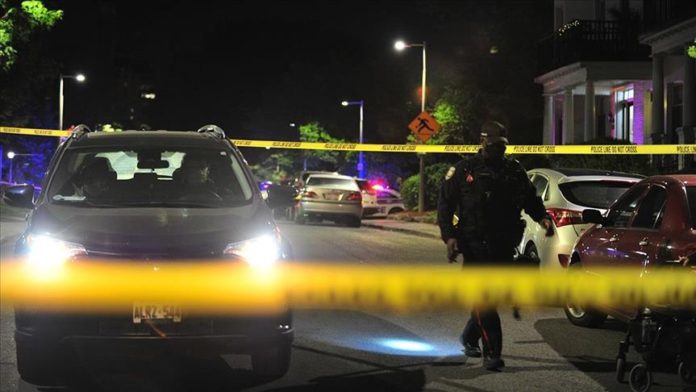 Prime Minister Justin Trudeau on Friday condemned a spate of vandalism and fires at Catholic churches in Canada.

He said while it is understandable that people are horrified by the findings of 1,148 unmarked graves of First Nations children at three former Indian residential schools, that is no justification for the destructive acts. Most but not all of the vandalism targeted Catholic churches, which ran about 60% of Canada’s 139 residential schools.

“It is unacceptable and wrong that acts of vandalism and arson are being seen across the country,” Trudeau told reporters as he toured a vaccination clinic in Ottawa. He decried the “rise of intolerance and racism and hatred that we are seeing.”

Police said 10 churches were vandalized on Canada Day – July 1 – in Calgary, Alberta. Authorities believe the vandalism is a result of the discovery of unmarked graves at residential schools because the churches sustained red and orange paint damage. Orange is associated with the former residential schools.

And the number 215 was put on some churches. That is the number of unmarked graves found at the former Kamloops, British Columbia residential school in late May.

Four Catholic churches were burned within the last week and all were on First Nations land.

Trudeau said the discoveries have angered people but said “burning down churches is actually depriving people who are in need of grieving and healing and mourning [of] places where they can actually grieve and reflect and look for support.’

“We shouldn’t be lashing out at buildings that can provide solace to some of our fellow citizens. But we should be, every day, committing ourselves, each and every one of us, to the hard work that we need to do to actually rebuild a path forward that reflects the terrible intergenerational trauma and present day realities of suffering that we are all collectively responsible for.”

About 150,000 Indigenous children were taken from their parents and forced to attend residential schools across Canada, beginning in the 1890s and the last one closed in 1996. In many cases, the children endured beatings and sexual abuse as they were taught white culture. It is estimated that at least 4,000 died.