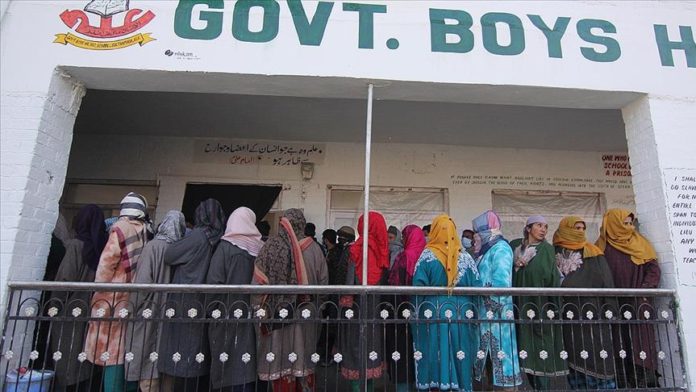 A multi-party coalition that opposed India’s decision to unilaterally strip Jammu and Kashmir of its special autonomy won on Wednesday district council elections in the restive Himalayan region.

The People’s Alliance for Gupkar Declaration clinched 110 of 280 seats in 20 of the region’s districts, according to election authorities.

The alliance was formed on the eve of Aug. 5 last year when India abrogated Article 370 and Article 35A, which granted the Muslim-majority region special autonomy and prevented outsiders from buying property or taking government employment. Most of its leaders were jailed or placed under house arrest.

The alliance had cited restoration of pre-Aug. 5 political status as its key election plank, saying their non-participation could have given India’s ruling Bharatiya Janata Party (BJP) a walkover, portraying any subsequent victory as an endorsement of New Delhi’s unilateral actions.

With 70 seats, most of them in Hindu-majority districts of Jammu, however, the BJP emerged as the single largest winner in the elections. The Gupwar alliance, meanwhile, won most of its seats in Kashmir valley, which has a Muslim population of around 97%.

Hasnain Masoodi, a member of the Indian Parliament representing the National Conference, which won the second-highest number of seats, told Anadolu Agency that the elections are “a message to New Delhi that its Aug. 5 decision is not acceptable to the people of Kashmir.”

“People have said ‘you better undo those decisions and go for introspection.’ The development will remain elusive till peace is achieved and peace can be achieved only if political aspirations of the people are addressed.”

Suhail Bukhari, the spokesman for the People’s Democratic Party, which formed the last government in alliance with the BJP in the now-defunct autonomous Jammu and Kashmir, said Kashmiris have given their verdict. “It is clear that the Aug. 5 decision is not acceptable to them,” he told Anadolu Agency.

The BJP, however, claims it received more votes than all of the parties in the alliance combined. “Who are they fooling by calling it a referendum,” Ashok Kaul, a Jammu-based BJP leader, told Anadolu Agency.

The District Development Council is a multi-tier local government system, which critics say was formed to cut the powers of politicians who swear by the Indian Constitution and oppose the hugely popular pro-freedom movement.