TurkishPress
Home Diplomacy 'Movement of Daesh/ISIS leader should be investigated' 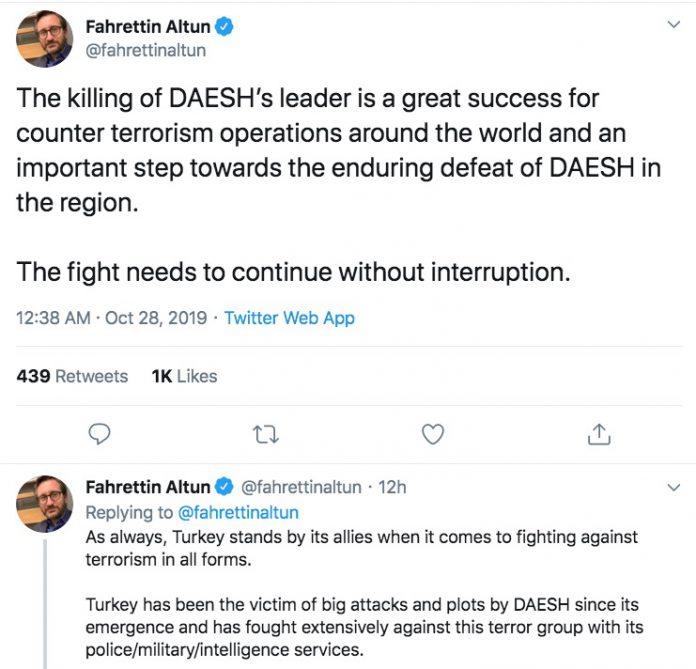 “There should be a thorough investigation about the movement of the DAESH [Daesh/ISIS] leader within Syria and eventually to Idlib. Those responsible for helping, abetting, and tolerating such movements need to be investigated and brought to justice,” Fahrettin Altun said on Twitter.

Read more: 'Movement of Daesh/ISIS leader should be investigated'