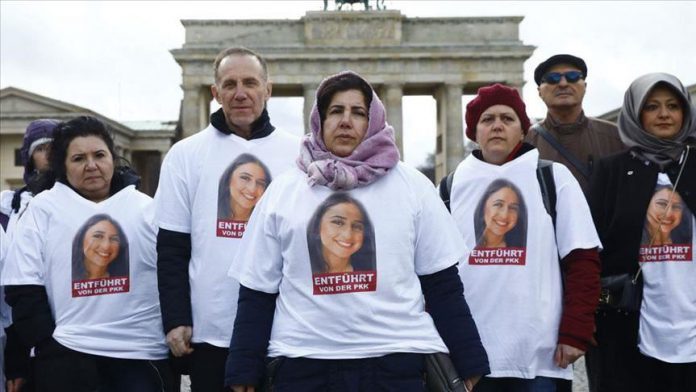 The mother of a 20-year-old girl staged her third protest Friday in Berlin in hopes of reuniting with her daughter who was allegedly “kidnapped” by the PKK terrorist group.

Wearing a T-shirt with a picture of her daughter, Nilufer T, Maide T. demonstrated in front of the Brandenburg Gate.

“They will use my daughter like a piece of rag and throw her away,” said Maide T, who noted her daughter suffers from asthma.

“I’ll do whatever needs to be done for my child.”

She reiterated her call

Coronavirus deaths rise to 32 in Israel

Turkish FM calls for 'cooperation, not competition' on COVID vaccines