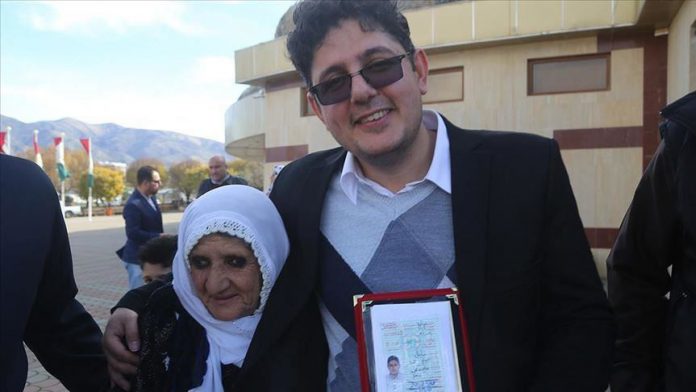 A Kurdish woman from northern Iraq reunited with her son more than three decades after the pair were separated following a chemical attack on Halabja of Sulaymaniyah province in 1988.

The first chemical attack in the Middle East, the Halabja massacre, known as the largest chemical weapons attack in history directed against a civilian-populated area, was against Kurds who opposed Saddam Hussein’s regime.

During the Iran-Iraq War, Saddam commanded Iraqi forces in northern Iraq to use chemical weapons against the Kurdish population, leading to 5,000 deaths, including babies, children, women and the elderly, while leaving more than 7,000