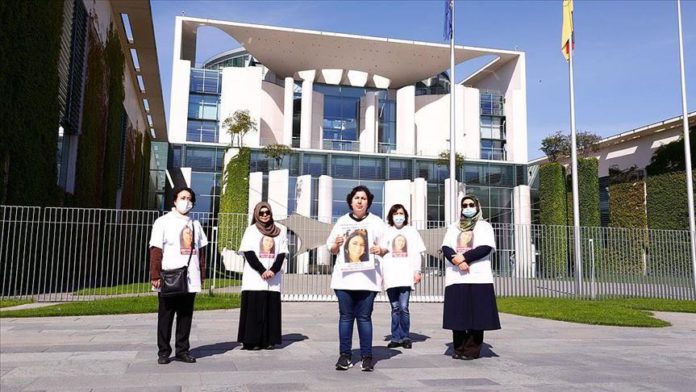 A German-Turkish mother has called on Chancellor Angela Merkel on Wednesday to help mothers who struggle to rescue their children from the terrorist PKK group.

Maide T. told reporters in front of the Chancellory that she would continue demonstrations to get her voice heard by Merkel and the government.

“Please help us to rescue our children. Monitor cultural associations used by the PKK. These are not cultural houses, these are the houses of the PKK,” she said, stressing that the outlawed group has been using such cultural centers in Germany for brainwashing children, and recruiting them to the group.

She said her daughter Nilufer T. was influenced by the propaganda of the PKK after visiting a cultural house in Berlin last year, kidnapped by the group last November, and probably sent to a terror camp abroad.

“If they will come under pressure, they will release my daughter within 24 hours” she said, urging German authorities to take action against the group.

Turkey has long criticized German authorities for not taking serious measures against the terrorist group which uses the country as a platform for their fundraising, recruitment and propaganda activities.