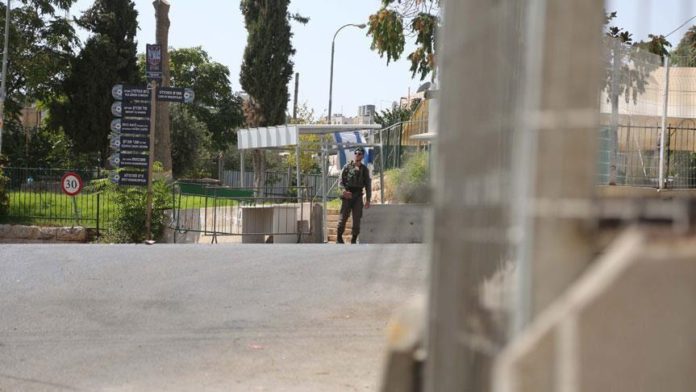 The story of six Palestinian prisoners escaping a heavily-guarded Israeli prison on Monday filled the global news feed and was hailed by Palestinian factions as a “big victory.”

To many sympathizing with the Palestinian cause, the latest episode of the Palestinian prison break is a testament to Palestinian resilience, their thirst for freedom, and their determination to end the Israeli occupation.

Israeli media reported that the six inmates were cellmates serving life sentences and that they dug a dozen meters long tunnel to escape the jail.

As Israeli police continue with their manhunt for the six detainees, this report will list down the most notable Palestinian prison break operations.

Located in the north of the Jordan Valley, Shata prison witnessed its largest Palestinian escape from Israeli jails on July 31, 1958.

At the time, about 190 Palestinian prisoners overpowered their warders, killing two of them. While 11 inmates died in the fighting, 77 of them managed to escape.

On April 17, 1964, he made his first escape from Ashkelon prison. This was followed by another escape while hospitalized in 1967, and the third was in 1971 from Ramla prison.

Mahmoud Abdullah Hammad, from Silwad village northeast of Ramallah, managed to escape during his transfer from one prison to another in November 1969. A nine-month-long manhunt by Israeli security forces failed to hunt him down and Hammad found his way out to Jordan.

Another prisoner from Silwad, Nasser Issa Hamed, escaped from a court in Ramallah on January 27, 1983. However, he turned himself in after days of Israeli manhunt.

On May 17, 1987, the escape from Gaza prison took place after inmates managed to cut the bars of the toilet window.

The late Misbah al-Suri, born in Gaza’s Maghazi camp in 1954, was the mastermind of the escape plan. Prior to that, he made several attempts to escape from Beersheba prison.

Others with al-Suri during the escape were Saleh Ishtiwi, Sami Al-Sheikh Khalil, Muhammad Al-Jamal, Imad Al-Saftawi, and Khaled Saleh.

Al-Suri, who was in hiding for four months, was eventually killed in a gunfight with the Israeli forces. Al-Jamal and Khalil were also killed in the following months.

Meanwhile, Ishtiwi was nabbed after being on the run for seven days while al-Saftawi and Saleh found their way out of Gaza.

Khalil Masoud al-Rai, Shawqi Abu Nasira, and Kamal Abd al-Nabi succeeded in escaping from Nafha prison in 1987. The three were, however, arrested eight days later as they were trying to leave for Egypt.

On May 21, 1990, Jenin-born prisoner Omar al-Nayef managed to escape from prison four years after his arrest as he was being transferred to a hospital for treatment in Bethlehem due to a hunger strike.

Al-Nayef managed to escape to Jordan and then to Bulgaria in 1994. However, he was assassinated inside the Palestinian embassy building in Bulgaria on February 26, 2016.

On August 4, 1996, inmates Ghassan Mahdawi and Tawfiq al-Zaben escaped from Kfar Yona prison through an 11-meter tunnel, in the first Palestinian prisoner escape through a tunnel.

Israel was able to re-arrest Mahdawi the following year while al-Zaben was captured in 2000.

In 1996, 16 prisoners dug a 17 meters underground tunnel in Ashkelon prison in an attempt to escape.

However, the blockage of the sewage network caused by the digging raised the prison administration’s suspicions and the operation was thwarted.

Several prisoners, including Abdel Hakim Hanini, Abbas Shabana, and Ibrahim Shalash, tried to escape by digging an underground tunnel inside the cell but were met by sniffer dogs just as they got out of the prison and were arrested again.

Israeli Prison Authority announced on August 4, 2014, that it had aborted a mass escape attempt by prisoners from Gilboa prison after digging a tunnel from a cell toilet.

The Israeli Prison Authority said that it had thwarted a Palestinian prisoner’s attempt to escape through a ventilation power in the Eshel prison in the southern city of Beersheba on October 10.