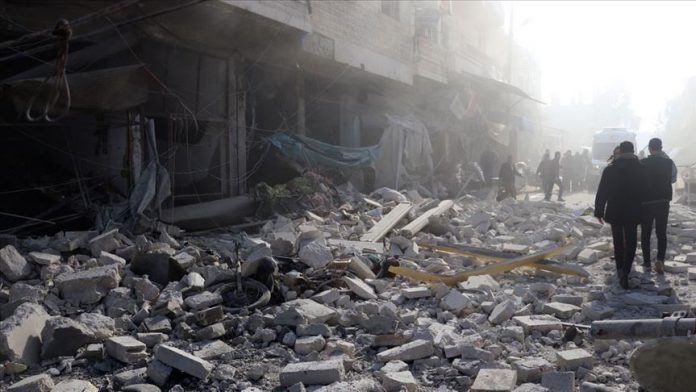 A senior UN official on Wednesday voiced his concern over “the dire and deteriorating humanitarian situation” in Syria’s northwestern Idlib.

Mark Lowcock, under-secretary-general for Humanitarian Affairs and Emergency Relief Coordinator, said in his briefing to the UN Security Council that “the most alarming reports” are coming from southern Idlib, “where hundreds of airstrikes by the government of Syria and its allies have been concentrated.”

“The hostilities have escalated in recent days in the Idlib area, especially around Ma’arat al-Numan, Saraqeb and western Aleppo,” Lowcock said, adding: “The fighting in these areas appears to be more intense than anything we