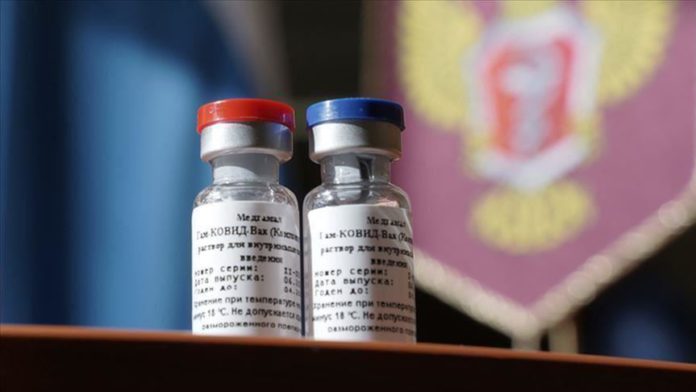 The global number of COVID-19 patients passed 30 million this week, and the virus is expected to pick up momentum with the arrival of the fall season as scientists, including Russia’s, are striving to develop an effective vaccine against the disease.

On Aug. 11, Russia issued a temporary conditional registration to a coronavirus vaccine developed by the Gamaleya Research Institute of Epidemiology and Microbiology.

This kind of registration is issued for medicines which are vital to protect the public health in an emergency such as the coronavirus pandemic.

The Russian coronavirus vaccine, named as Gam-COVID-Vac (Gamaleya COVID Vaccine) by the developers and with the trade name Sputnik V (V for the vaccine), has a valid registration until Jan. 1, 2021 and suggests holding a third phase of trials involving up to 40,000 people as well as post-clinical research.

On Aug. 25, the authorities began recruiting volunteers among healthy individuals over 18 years old for the third phase of trials, which then started on Sept. 9 throughout the country, including the capital Moscow.

In Moscow, people who wish to take part in vaccine testing have to fill out a form on the city administration’s official website and the applications are then analyzed by specialists. Those who fit the profile are invited to a selection stage, Vladimir Tereshchenko, the deputy chief medical officer of municipal polyclinic No. 220, told Anadolu Agency.

“After a preliminary stage, individuals come to a doctor for an examination. Those who pass it, take a number of tests, including an ELISA [enzyme-linked immunosorbent assay, which detects people already exposed to the virus and who have developed antibodies], blood [test] for infections, and alcohol, drug, and other tests. Those who successfully make the selection stage receive the first shot of the vaccine,” he said.

People with any health problems, including chronic, cardiovascular, and other diseases or allergies are not allowed to take part in the trials. People who have recovered from COVID-19 are prohibited as well, because the results will not be “clean” according to Tereshchenko.

In the global practice, pregnant women are also excluded from testing the new vaccine as a vulnerable group, he said.

“The goal of the study is to see if the vaccine works in people who have not been exposed to the virus. That is why the ELISA test, showing if a person has antibodies, is obligatory,” he added.

Some of the participants, instead of the vaccine, will be randomly given a placebo — a substance having no therapeutic value — to understand whether the vaccine is really effective and secure or exhibits results simply because the participants believe it will work, Tereshchenko said.

“After getting inoculated, people stay in the clinic for half an hour under medical surveillance. If everything is well, they leave. Every day, the clinic has over 100 people volunteering for the trials,” he noted.

All of the participants get a special electronic bracelet, which collects and transfers information about their state of health to a united data center. They also have regular video conferences with their doctor and keep a diary where they can point out whatever bothers them, the doctor said.

In two weeks, if all goes well, the second part of the vaccine is administered to prolong the immunity, he added.

The vaccinated people have to observe some rules: do not do active sports, ideally exclude but at least limit smoking and drinking alcohol, refrain from conception — because there is no data how the vaccine can affect a fetus — a volunteer participant Pavel Korolev told Anadolu Agency.

“As soon as I heard that there is a possibility of vaccination, I immediately applied. I was invited for an examination. I want to thank my boss who allowed me to visit the hospital during a workday. After I arrived at the hospital it took me about an hour to go through all the procedures. Two days later I was invited for the vaccination,” he said.

Another participant, Natalia Zakharova, told Anadolu Agency that she is a doctor and got vaccinated to insure herself at work with patients.

For a maximum effect, the immunization agents have to be injected at an interval of two or three weeks, giving the immune system time to calm down after activation, provoked by the introduction of foreign substances.

According to its instructions, the vaccine is suitable for people aged between 18-60 and can be combined with other antigens, including those against the flu.

Mass vaccination in Russia is expected to begin as soon as October, and at least 60% of the population must have immunity to stem the virus’s spread.

So far, several Russian ministers, including the head of the defense service Sergey Shoygu, Moscow Mayor Sergey Sobyanin, several lawmakers, and one of President Vladimir Putin’s daughters have been given the vaccine.