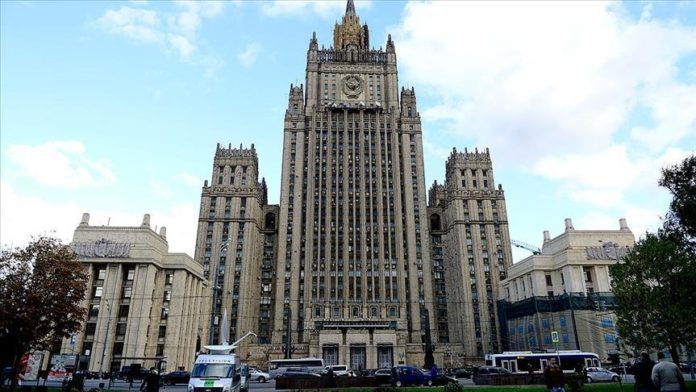 Russia decried early Sunday the UK’s claim that the Kremlin is planning to install pro-Russian leadership in Ukraine.

The Russian Foreign Ministry, in a statement to the TASS news agency, called on the UK to “stop provocations.”

“The disinformation spread by the British Foreign Office is another evidence that it is the NATO countries, led by the Anglo-Saxons, who are escalating tensions around Ukraine,” it said.

“We call on the British Foreign Office to stop provocative activities, stop spreading nonsense and concentrate on studying the history of the Tatar-Mongol yoke,” it added.

The UK said late Saturday that it has information that Russia wants to install “a pro-Russian leader in Kyiv as it considers whether to invade and occupy Ukraine.”

Former Ukrainian MP Yevhen Murayev is being considered as a potential candidate, it said.

Greece: No intermediaries in talks with Turkey